2010|Citizen Service Above Self Award|Phoenix, AZ

Dr. Jordy Cox of Phoenix, AZ, who selflessly volunteered and offered his medical skills to perform surgeries that have saved many lives in Haiti, the Congo, and the Ivory Coast.

Dr. Jordy Cox of Phoenix, Arizona has been recognized for his extraordinary selflessness in volunteering and offering his medical skills to perform surgeries that have saved many lives in Haiti, the Congo, and the Ivory Coast. Cox, a trauma surgeon, went to Haiti as part of a team of surgeons from Doctors Without Borders. He joined other medical professionals in treating hundreds who had been injured by a deadly earthquake. During several weeks working non-stop and caring for the injured of Haiti, he performed surgery in the streets with little resources and slept for short periods of time on the ground. Previously with Doctors without Borders, Cox provided medical care in 2008 in the Congo amidst a raging war. He worked non-stop for three weeks, never leaving the hospital, taking short naps between surgeries, and performing surgery as bombs exploded outside the operating room. Dr. Jordy Cox’s willingness to travel to other countries to help others and save many lives continues to be an inspiration and a credit to the state of Arizona and to his fellow Americans. 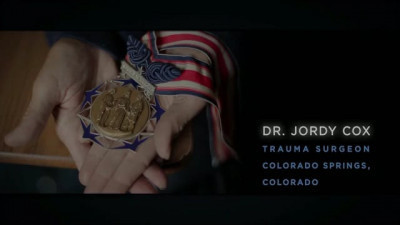 Students will define sacrifice and identify how one sacrifice can have a ripple effect on others.

Students will identify the elements of an effective newspaper article and more.