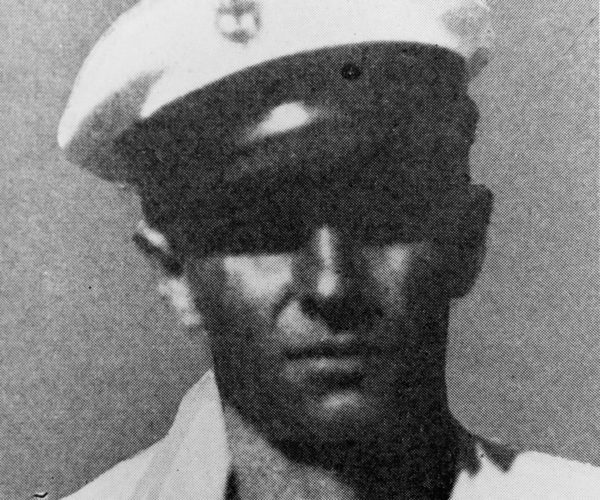 Today, December 7, 2020, is the 79th anniversary of the Japanese attack on Pearl Harbor, Hawaii. The attack triggered the United States’ active participation in World War II.

By way of commemoration, we invited educator and researcher Kris Cotariu Harper, EdD, to write a memorial piece on Peter Tomich, one of sixteen men who received the Medal of Honor for their actions that day.

“Yesterday, December 7th, 1941—a date which will live in infamy—the

United States of America was suddenly and deliberately attacked by

naval and air forces of the Empire of Japan.” (Franklin D. Roosevelt, 1941)

Sixteen men were awarded the Medal of Honor, this nation’s highest recognition for valor in combat, for their actions on December 7, 1941. Among those 16 was Chief Watertender Peter Tomich.

He was my very first favorite Medal of Honor recipient. After the attack on Pearl Harbor, we, as a nation, mourned all those who were lost that day.  Survivors mourned their shipmates; families mourned the loss of their parents, spouses, sons and daughters. There was no one in the United States, or in the world, who mourned just for Peter Tomich. People who knew him said he never talked about any family – parents, a wife or children. It made me sad that his family did not know that he had sacrificed his life that day for his adopted countrymen.

Peter Tomich was born in Prolog in the Austro-Hungarian Empire, in what is now Bosnia-Herzegovina, in 1893. At the age of 19 he immigrated to the United States and settled in Los Angeles with his cousin, John Tomich. Listing this cousin as his next-of-kin, Tomich enlisted in the Army shortly after the United States entered World War I. He became a naturalized citizen in 1918 and was honorably discharged in January 1919. Ten days after his discharge, he enlisted in the U.S. Navy to become an engineer. By 1930 he was a Chief Watertender and in December 1941 he was serving aboard the USS Utah at Pearl Harbor.

Built in 1909 as a battleship, the Utah was a veteran of WWI, and by 1941 had been re-designated as a training and target ship. She was easily the oldest ship at Ford Island in Pearl Harbor and, mistaken for an aircraft carrier, was the first American ship to be hit by Japanese bombs. On December 7th the men of the Utah began their day as any other. Perhaps the opening minutes of the attack felt like just another training mission. It was 7:55am when the first bombs fell and at 8am, as was done every morning, the men of the Utah raised the American flag.  Sometime during those few minutes, however, reality dawned: this was not a drill; the United States was under attack. The American flag never made it to the top of the staff: she remained at half-mast throughout the air raid and until much later in the day

Tomich was at his duty station in the fire room, that space on the ship where steam is generated for the engine, when the Utah was suddenly struck by two torpedoes. Having served 22 years in the Navy, he would have been familiar with the deadly explosion on the USS Bennington which killed 66 sailors 30 years earlier, and he was experienced enough to know that a similar explosion would certainly occur on the Utah if the water reached the hot boilers. As the ship was capsizing, he ordered the sailors on watch to abandon the engineering spaces and ensured all fireroom personnel evacuated their stations. He remained alone to close the valves that would stabilize the boilers, and when the Utah sank he was trapped inside. Often a forgotten and neglected casualty of the Japanese attack, the Utah, with Peter Tomich entombed aboard, remains at the bottom of Pearl Harbor.

For his actions, Peter Tomich was awarded the Medal of Honor but no living relative could be found to whom it could be presented. The cousin he had identified as his next-of-kin was not at the address listed and because he had immigrated illegally, there was no information about his life before he arrived in the United States. The Department of the Navy was faced with the dilemma of to whom they should present Tomich’s Medal. The problem was resolved when a destroyer escort was named in his honor and the decision was made to award it to the ship itself. On January 4, 1943, Rear Admiral Monroe Kelly awarded the Medal of Honor to the USS Peter Tomich (DE-242).

In 1946 the ship was decommissioned and it became necessary to identify a new trustee for the Medal. Because of his affiliation with the USS Utah the governor of the state of Utah, Herbert B. Maw, declared Peter Tomich an honorary citizen and custody of his Medal of Honor transferred to the governor’s office, where it remained until 1989. In that year, the Medal was transferred to the newly-built, Peter Tomich Hall at The Senior Enlisted Academy in Newport, RI where it remains today.

The search for family members continued for over 60 years, complicated by the fact that in 1957 he had been declared legally dead by the court system in Yugoslavia. To further confuse the search, he had changed his name when he illegally entered United States. Born Petar Herceg Tonic, his family name was Herceg while Tonic was his clan name – and in the United States Tonic evolved into Tomich. In 1987, however, a relative contacted both Yugoslavian and American authorities which resulted in a genealogy search culminating in 2005 when his family connections were verified. On May 18, 2006, a copy of Chief Watertender Peter Tomich’s Medal of Honor was presented to his cousin’s grandson, retired Croatian Army LTC Srecko Herceg Tonic, on-board the USS Enterprise in Split, Croatia.

Peter Tomich did not remain un-mourned. When I learned his story I dedicated one year to mourning his loss. At the end of that year I visited Pearl Harbor and tossed a wreath into the water above the wreckage of the USS Utah. Peter Tomich is not forgotten.

Kris Cotariu Harper, EdD, is an Army wife and daughter of two Navy WWII veterans. She is an educator and trainer who often writes and speaks on values demonstrated by Medal of Honor recipients. 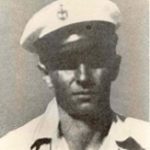