Salute to Our Recipients Who Have Recently Passed 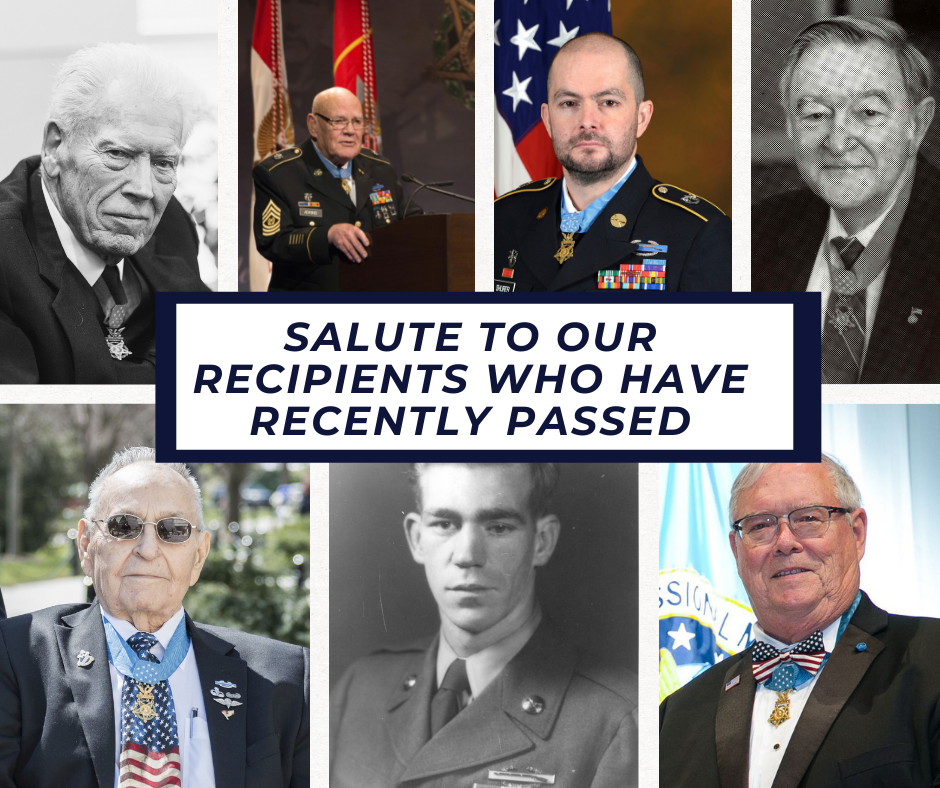 Our annual Medal of Honor Convention is this week, a time for Recipients to reconnect, recognize patriotic American citizens from around the country, and honor Recipients who have passed. With this in mind, we wanted to take a moment to recognize and remember the lives and service of Recipients who have recently left us. These men bravely served our country, both on the battlefield and within communities across the United States. They never wavered in their mission to share the values of the Medal of Honor: courage, sacrifice, integrity, commitment, patriotism, and citizenship. 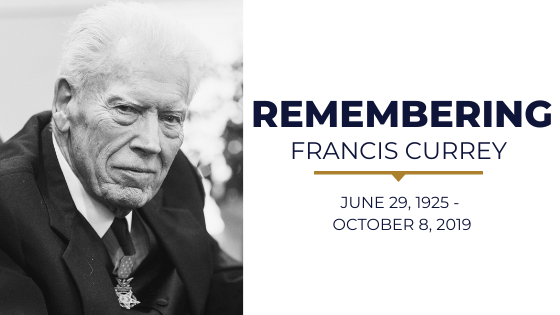 Francis Currey was awarded the Medal of Honor for his service with the U.S. Army during World War II. When the enemy launched a powerful attack in Belgium, he sprang into action using his extensive knowledge of weapons. When he noticed five American soldiers had been trapped, he faced heavy enemy fire to silence the enemy and help them escape. He was directly responsible for saving their lives.

On Oct. 8, 2019, Francis Currey passed away peacefully at his home in Selkirk, New York at the age of ninety-four. Discover more about his story and service here. 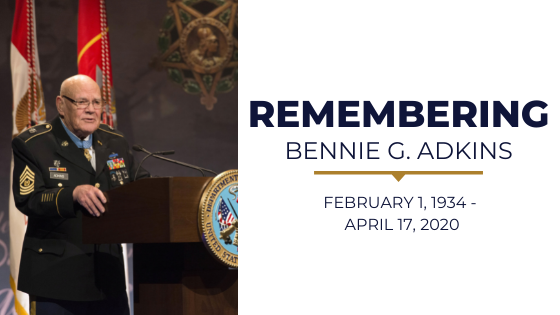 Bennie Adkins was awarded the Medal of Honor for his service during the Vietnam War. He earned the Medal for his actions in March 1966. Recipient Adkins went beyond the call of duty to ensure the safety of others and saved the lives of several wounded comrades by retrieving much-needed supplies. His leadership during the 38-hour battle and the following 48-hour escape and evasion displayed extraordinary heroism and selflessness.

On April 17, 2020, we lost Recipient Adkins due to complications from COVID-19. We invite you to honor his legacy and memory by reading more about his life and service. 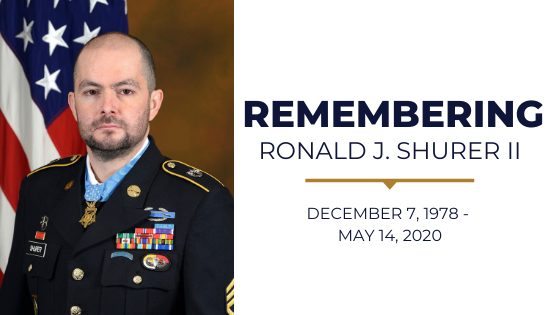 Ronald J. Shurer II was awarded the Medal of Honor for his service in the U.S. Army during the War on Terrorism in Afghanistan. When attacked by enemy forces during the Battle of Shok Valley in April 2008, Recipient Shurer risked his own life to aid wounded soldiers.  He put their needs above his own and eventually helped them evacuate via helicopter.

On May 14, 2020, Shurer passed away at the age of 41 after a lengthy battle with lung cancer. We continue to honor his service, bravery, and legacy today. Read his full story here. 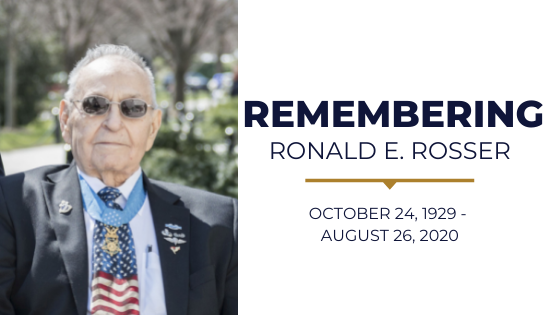 Ronald E. Rosser was awarded the Medal of Honor for his service in the U.S. Army during the Korean War. On Jan. 12, 1952, his company faced an attack from two directions. Leaping into action, Recipient Rosser charged the enemy trenches alone, exhausted all of his ammunition, and then made several return trips to his company for more ammo to continue the fight. His brave actions saved the lives of others, as he was able to remove his fellow wounded soldiers from harm’s way.

On Aug. 26, 2020, Ronald E. Rosser passed away in Bumpus Mills, Tennessee, at the age of 90. Discover more about his story and service here. 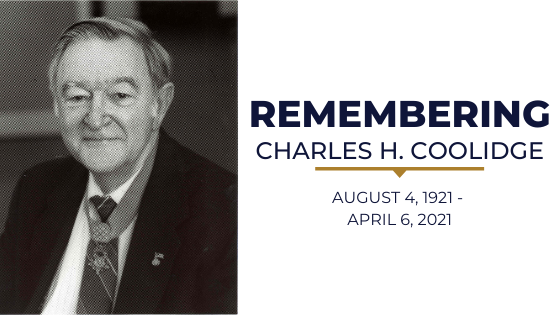 Charles H. Coolidge was awarded the Medal of Honor for his service in the U.S. Army during World War II. In October 1944, Coolidge jumped into action and took the lead during a four-day forest battle next to the French village of Belmont-Sur-Battant. His quick and bold actions inspired his men, as he encouraged them and lifted their spirits. When it was time to withdraw from the enemy, he assigned himself as the last to leave.

On April 6, 2021, Recipient Coolidge passed away peacefully in Chattanooga, Tennessee, at the age of 99. Learn more about his leadership and bravery here. 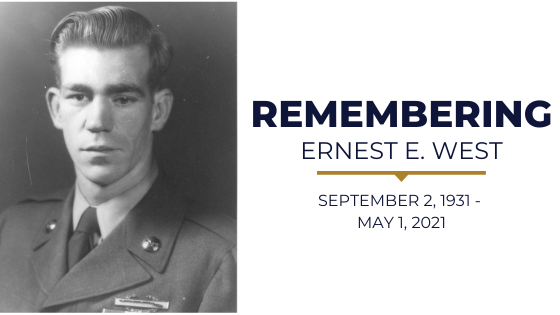 Earnest E. West was awarded the Medal of Honor for his service in the U.S. Army during the Korean War. Recipient West displayed courage and bravery when he voluntarily went to locate and destroy a reported enemy outpost.

While on this mission, he spotted his squad leader wounded and exposed to enemy fire. Jumping into action, he ordered troops to withdraw and braved the attack to assist him. When he returned the squad leader back to safety, he continued to fight and retrieved two other wounded soldiers. His actions and courage led all eight men in his squad to survive.

On May 1, 2021, Recipient Earnest E. West passed away peacefully at the age of 89. We invite you to discover more about his story here. 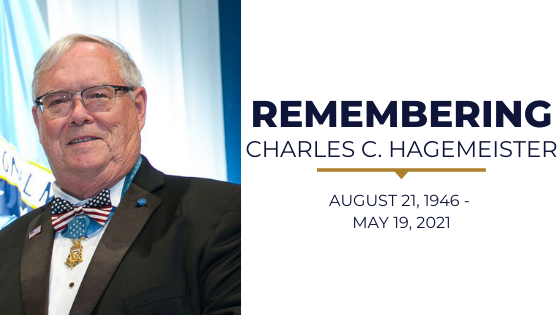 Charles C. Hagemeister was awarded the Medal of Honor for his service in the U.S. Army during the Vietnam War. Recipient Hagemeister displayed incredible bravery when his platoon suddenly came under enemy fire.

During the attack, he noticed that two of his comrades were seriously wounded and sprang into action, racing through deadly enemy fire to aid them. With complete disregard for his own safety, he continued to render lifesaving treatment to other soldiers and set plans to evacuate the wounded. He saved the lives of many that day and his actions inspired his platoon to repel the enemy.

On May 19, 2021, Recipient Hagemeister passed away at the age of 74 in Leavenworth, Kansas. Discover more about his story and service here.

During our convention, we will share the stories of these Recipients with a special ceremony held in their honor. We are proud to recognize these men and their legacies.

To stay up to date on upcoming events, special announcements, and partner/Recipient highlights, sign up to receive our monthly newsletter.

Twenty Years Since Sept. 11: Honoring Those Who Sacrificed Their Lives for Our Freedom

With the events currently taking place in Afghanistan, we recognize that this can be a difficult time for many. We honor the sacrifice and service of those who have bravely…