Why Have a Convention?: The History of the Congressional Medal of Honor Society Convention

In 1890, Recipients of the Medal of Honor began organizing the Medal of Honor Legion, intending it to be a fraternal-type association to provide camaraderie and support for Medal of Honor Recipients. Over the years, this also developed into a push for a special military pension for the Recipients. Each year until 1918, the group held an annual meeting, each year in a different city, to discuss business, topical, and legislative matters.

The Society first met at a convention in 1961, in Washington, D.C. Initially held every other year, the Society convention has met annually since 1993 (except in 1996 and 2004). The conventions have become a way for Recipients to complete Society business, remember Recipients who have passed, and give back to the community.

In order to do this, the location changes every year, allowing the Recipients to spread the Medal of Honor’s message of patriotism, courage, and sacrifice with a different group of people each year. Modern conventions feature several events engaging the local community, such as meet-and-greets and visits to veteran and community centers and schools.

If you appreciated this post, please support the Congressional Medal of Honor Society’s programs in education, veteran outreach, and legacy. We are a federally-recognized non-profit. You can donate here. 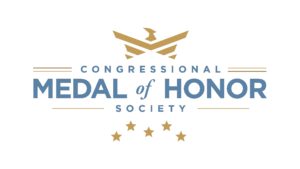 The annual Medal of Honor Convention aims to reconnect Recipients with each other, honor those who have passed, foster the Medal of Honor’s values, and recognize patriotic American citizens from…

On behalf of the Congressional Medal of Honor Society (CMOHS), thank you Tampa Bay area! Your warm hospitality and patriotism were front and center during the numerous engagements and outreach…