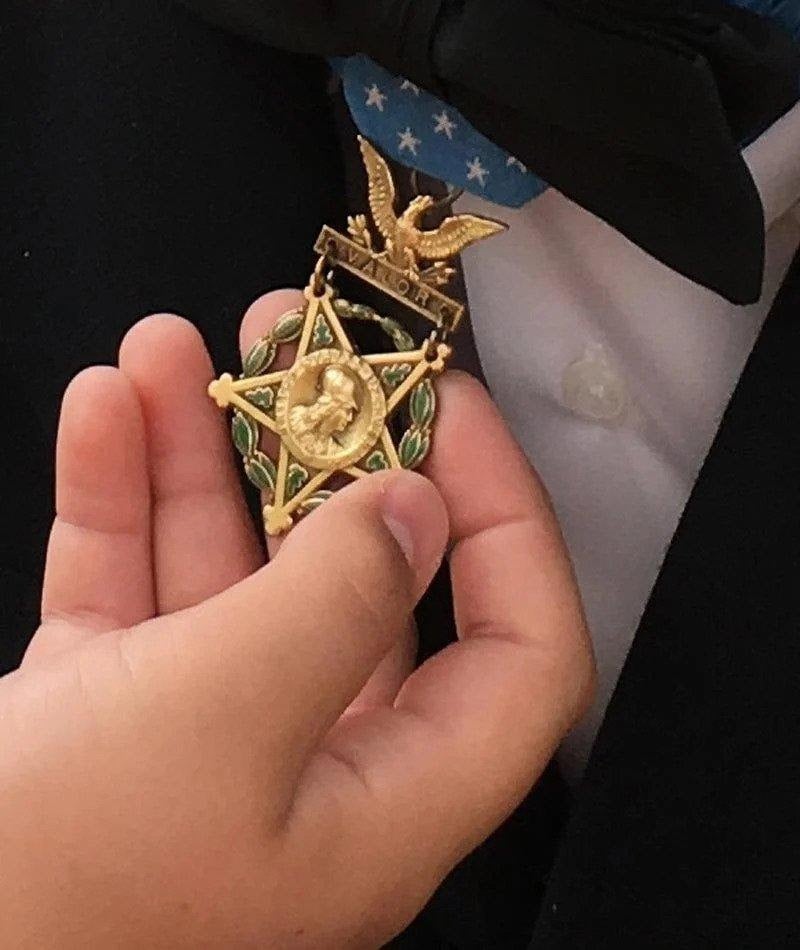 Memorial Day is a time to reflect and remember those who have died while serving our country and fighting for our freedom. Many Americans observe Memorial Day by visiting cemeteries or memorials, in addition to holding family gatherings or participating in parades.

We invite you to commemorate the holiday with us by reading the stories of some of the Medal of Honor Recipients who have given their lives in service to our country.

Medal of Honor Recipients from the War on Terrorism

The War on Terrorism is an ongoing international military campaign launched by the United States government following the attacks that took place on September 11th, 2001. So far, nearly 7,056 men and women have given their lives during combat.

Recipient Michael Murphy was killed in the line of duty after he left his cover position and went to a clearing, exposing himself to enemy fire, in order to get a clear signal to contact headquarters to request immediate support for his team. The LT. Michael P. Murphy Memorial Scholarship Foundation hosts The Murph Challenge on Memorial Day every year in his honor.

Recipient Travis Atkins wrestled a suicide bomber to the ground, using his body to shield the rest of his patrol from the blast. Watch his son, his mother, and his father describe Atkins and the actions for which he was awarded the Medal in this powerful video.

Medal of Honor Recipient Robert J. Miller, advanced towards the enemy when his unit came under fire, drawing their attention away from his fellow patrol members so they could safely withdraw to protected positions.

Recipient Michael Moonsoor protected his teammates, rather than himself, when an explosive device hit their area. His actions save the lives of his two teammates.

Operation Restoration Hope was created in an effort to help those in Somalia who were dying from hunger due to their ongoing civil war.

Recipient Gary Gordon and Recipient Randall Shughart were both killed in the line of duty when they went on a mission to rescue a downed military helicopter.

Medal of Honor Recipients from the Vietnam War

The United States entered the Vietnam War in an attempt to prevent the spread of communism and to assist the South Vietnamese state with both financial and military support. Almost 60,000 Americans died in action during their service.

Recipient Lewis Albanese sacrificed his life while saving the lives of his platoon members and allowing them to advance against the enemy.

Recipient Felix Conde-Falcon successfully eliminated three bunkers that were threatening his unit. He died in the line of service while taking on the fourth. He was posthumously awarded the Distinguished Service Cross for his actions, which was upgraded to the Medal of Honor in 2014.

Garfield Langhorn died in the moment of his Medal of Honor action, saving several other soldiers by throwing himself on a live grenade.

Keith Ware received the Medal of Honor during World War II for his fearless leadership in taking a critical hill and inspiring the soldiers under his command. While continuing his service in the Vietnam War, he passed away in the line of duty.

Recipient Rodney Yano was a crew chief on a helicopter. When a phosphorous grenade exploded prematurely, he exposed himself to injury by grabbing the explosive device and throwing it out of the aircraft. His sacrifice saved the lives of his crew members.

Medal of Honor Recipients from the Korean War

In 1950, the United States came to the aid of South Korea to repel an invasion from North Korea. Almost 40,000 Americans died in action during this war and more than 100,000 were wounded.

Recipient Don Faith, Jr., courageously led his men. Although he was killed in action, his bravery inspired his soldiers to fight against incredible odds.

Anthony T. Kaho’ohanohano protected his squad by drawing enemy fire to his position. He died during hand-to-hand combat. In giving his life, his actions inspired the rest of his unit to launch a counterattack that repulsed the enemy.

Mitchell Red Cloud, Jr., was the first to notice an oncoming surprise enemy attack. Although injured, he refused medical attention and continued to fight until he was mortally wounded.

America’s isolation from World War II ended on December 7, 1941, when Japan staged a surprise attack on American military installations in the Pacific with the most devastating strike hitting Pearl Harbor. It is estimated that 16,000,000 Americans served in the United States Armed Forces during World War II, with around 400,000 killed and 671,000 wounded.

Recipient John Basilone received the Medal of Honor for actions during the Battle for Henderson Field in Guadalcanal, where he led two machine gun sections. After the Medal was presented, the Marines were reluctant to return him to the front lines. Basilone insisted on rejoining the fight and was killed in action at Iwo Jima in 1945.

Medal of Honor Recipient Howard Gilmore was the commander of the submarine U.S.S. Growler.  He ordered the sub to dive while he was on the bridge to save the boat and her crew.

Kiyoshi Muranaga, the son of Japanese immigrants, volunteered for Army service from an internment camp in Colorado. He voluntarily remained in place to neutralize an enemy position that was threatening his company, even though it cost him his life.

Recipient Edward O’Hare, a U.S. Navy fighter pilot, received the Medal of Honor for facing off alone against nine enemy bombers to protect the U.S.S. Lexington. His actions saved the ship from serious damage. Later, he died in action during a mission to intercept Japanese bombers.

Medal of Honor Recipients from World War I

In April 1917, the United States entered World War I, resulting in over 4.7 million men and women serving in the regular U.S. forces, National Guard units, and draft units. It is estimated that 53,402 US soldiers were killed in action while 63,114 died from disease and other causes.

Recipient David B. Barkeley drowned after volunteering to gain information on the enemy and swimming down a river that was under enemy attack.

Henry Hulbert received his Medal of Honor for action in Samoa in 1899. His service continued until his death in battle at Blanc Mont Ridge, France during WWI.

Recipient Freddie Stowers was assigned to the all-Black 371st Infantry. While fighting in France, his platoon’s direct commanders were wounded or killed. Stowers took command of the unit and led them in an offensive under heavy fire. His courage inspired the rest of his platoon to take the target hill. Seventy-three years after his bravery, his family was presented the Medal of Honor on his behalf.

These Medal of Honor Recipients bravely gave their lives in service to our country. We are proud to recognize them and share their stories in honor of Memorial Day.