Countless service members of Hispanic or Latino heritage have served in the U.S. Armed Forces, and 59 are known to have received the Medal of Honor in conflicts ranging from the Civil War to the War on Terrorism.  From Joseph H. DeCastro to Leroy Petry, this Hispanic Heritage Month, the Congressional Medal of Honor Society will highlight the brave individuals known to be of Hispanic or Latino heritage. Below are a few of their stories:

Joseph H. DeCastro, was born in Boston, Massachusetts, in 1844, the son of Domingo DeCastro, an immigrant from Spain. His father died of consumption in 1858, and he is found on the 1860 Census at Westborough, Worcester, Massachusetts at the State Reform School. He is noted as “stubborn” – a 19th century term for children who were defiant or mischievous. Some of the children with the “stubborn” label were committed for not minding their parents or being out past dark.

In 1861, at the age of 17, DeCastro enlisted in the 19th Massachusetts Infantry. He was awarded the Medal for capturing the flag of the 19th Virginia regiment at Gettysburg, Pennsylvania. In the process, he was wounded twice, once in the left arm. He was discharged after the war in July 1865 as a sergeant.

DeCastro must have liked the military life, because five years later, he enlisted in the 6th U.S. Cavalry. He was serving in Kansas when he married Elizabeth Barry in Junction City on April 14, 1973. He once again attained the rank of sergeant before being discharged in 1874.

When not in the military, DeCastro worked various jobs, from waiter to clerk to doorman. He was active in the Grand Army of the Republic and in the 19th Massachusetts Association, even serving as its president.

David Barkeley (true name Barkley) grew up in San Antonio, Texas, but was born in Laredo in 1899. His parents married when his father was in Army service at Fort Ringgold, Texas. When he became old enough, he signed up for the Texas National Guard, hiding the fact that his mother was Antonia Cantu, the daughter of Mexican immigrants. (In the early 20th century, U.S. Army policy relegated non-Whites to support battalions.) In letters home, he asked his mother not to write out her maiden name to prevent his ethnicity being discovered.

Barkeley shipped to Europe with the rest of his unit in August 1918 from Hoboken, New Jersey.

Three months later, American troops were stalled along the Meuse River near Pouilly, France, by a well-fortified German Army position. The Americans were besieged by artillery fire and planes armed with machine guns and bombs. They couldn’t break through the lines without knowing where to hit the enemy. Barkeley, accompanied by Harold I. Johnston, volunteered to swim the deep, icy river to spy on the German fortifications.  They made it to the opposite side and obtained vital information. Swimming back to the American side, Barkeley was overcome with cramps and drowned. Johnston made it back, but almost froze in the effort. Both Barkley and Johnson received the Medal of Honor for their daring.

Originally buried in France, Barkley’s remains were returned to the U.S. in 1919, the same year his Medal of Honor was presented to his mother. He laid in state at The Alamo in San Antonio, Texas, one of only a handful to ever receive that honor.

Jose Lopez was born in Santiago Huitlan, Mexico, and was raised by his mother. Orphaned at age eight, he eked out an existence in Mexico until he was 13-years-old when he hitchhiked to family in Brownsville, Texas. From there, he hopped freight trains to follow the seasonal crops across the United States, picking cotton and fruit to make a living.

A boxing promoter saw him in a street fight in Atlanta, Georgia in 1927, and signed him as a lightweight fighter. The teenager was billed as Kid Mendoza and ended his career with more wins than losses.

In 1935, tired of the boxing scene, he bought a false birth certificate to join the U.S. Merchant Marines.  (This birth certificate showed he was born in Mission, Texas, and that is the location that was recorded on all official military records.) Lopez served in the Merchant Marines for six years, eventually joining up with the Army in April 1942.

On December 17, 1944, Lopez found himself near Krinkelt, Belgium. His unit was participating in what would become known as the Battle of the Bulge – a massive push by German forces into Allied territory, aimed at splitting the Allies’ lines. When his unit was about to be overrun by the enemy, Lopez repeatedly lugged his heavy machine gun to exposed positions to cover other soldiers in his unit. His actions allowed them to withdraw to a more defensive position and ultimately stop the German advance.

Lopez was presented with the Medal of Honor by Major General James Van Fleet III at Zeppelin Field in Nuremberg, Germany, a few months after the Krinkelt actions.

Following the war, Lopez returned to Texas and the family he’d started. The town of Brownsville, from where he had enlisted, presented him with more than $1,300 in war bonds and a town-wide welcome home luncheon. He spent a few years as a civilian before rejoining the Army, making a career of it, serving both in Korea and as an Army Recruiter. He ended his military service in 1973.

When he died in 2005, he left behind five children and 19 grandchildren.

A Texan through and through, Ambrosio Guillen had served five years in the Marine Corps by the time his platoon faced North Korean troops. He had seen service on the U.S.S. Curtiss and as an instructor at Marine Corps Depot, San Diego. All his training came to bear two days before the ceasefire in the Korean War.

Through his courageous leadership, Guillen inspired his platoon to successfully repel a much larger force, repeatedly exposing himself to enemy fire while directing the men under his command. He personally tended to the wounded and refused medical aid until the enemy retreated. He later succumbed to his wounds.

His Medal of Honor was presented to his parents, Mr. and Mrs. Pedro H. Guillen, who attended the 1954 ceremony with their three surviving children. In an interview in the El Paso Times [Texas] on Aug. 16, 1954, his father remembered that his son had wanted to be a Marine since he was small; that he “’would try anything.’ ‘He was a Boy Scout and fought in the Golden Gloves,’ and ‘never bragged or talked much about how things were going [in the war] … once, he was shot in the foot and never mentioned it until it was healed.’”

Miguel Keith spent his younger years in Texas, where his first grade teacher later recalled that he was a popular child and that “he was always where the action was… he was never one to sit on the side lines and let others do it all.” (A Teacher Recalls Keith’s Big Grin”, Abilene Reporter-News, Abilene, TX, 14 Oct. 1971, p. 34)

He was only in Vietnam for six months before he gave his life repulsing a Communist attack in Quang Ngai Province in 1970. Though seriously wounded, he became a one-man army, taking on attackers from exposed positions under heavy fire. A final charge at an amassing group of the enemy dispersed a final threat to his platoon and set the rest of the attackers into retreat.

In an interview, his mother remembered that Keith “was always thinking of the other man… he would do anything for a friend. He would never run away because he would stand up and fight for what he thought was right.”  (“Honored Posthumously: Hero Termed ‘Friendly’, Abilene Reporter-News, 11 Sept. 1971, p. 15)

He is remembered with a park in Omaha, where a life-sized bronze statue of Keith stands guard. Additionally, the USNS Miguel Keith was commissioned in Spring 2021.

Born in 1979 in New Mexico, Leroy Petry enlisted with the U.S. Army in 1999, fulfilling a life-long dream to serve in the military. He was inspired to join the Rangers by a cousin who was a Ranger.

In 2008, his Ranger team was sent on a daylight raid in Paktya Province, Afghanistan, to capture a high-ranking Taliban target. Coming under heavy fire, Petry and several other soldiers were seriously injured. Taking shelter behind a small structure in a courtyard, he noticed a live hand grenade had landed between himself and two other Rangers. Not hesitating, he grabbed the grenade to toss it away. Before he let go, it exploded, severing his hand at the wrist.  His actions saved the lives of the two other soldiers and enabled him to coordinate support for the three of them.

Overall, Petry deployed eight times in support of the War on Terrorism, with two tours to Iraq and six to Afghanistan. Following the 2008 raid, he was eligible for a medical discharge, but he instead chose to re-enlist and serve as the Liaison Officer for Special Operations Command Care Coalition, supporting other wounded Rangers. President Barack Obama presented Petry with the Medal of Honor in 2011.

Now out of the military, Petry is outspoken on veterans’ needs, including resiliency and reintegration into civilian life. He is the current president of the Congressional Medal of Honor Society and serves on multiple boards focused on supporting veterans and their families.

If you would like to help the Congressional Medal of Honor Society continue to honor the legacy of these men and the values of the Medal of Honor, please consider making a financial contribution. 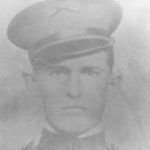 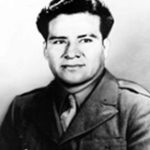 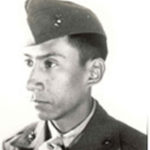 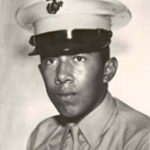 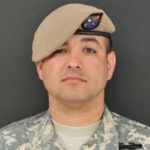 By Laura Jowdy, Archivist & Historical Collections Manager, CMOHS May is Jewish-American Heritage Month. In commemoration, we honor William Shemin, whose Distinguished Service Cross was upgraded to the Medal of…