Remembering the End of WWII 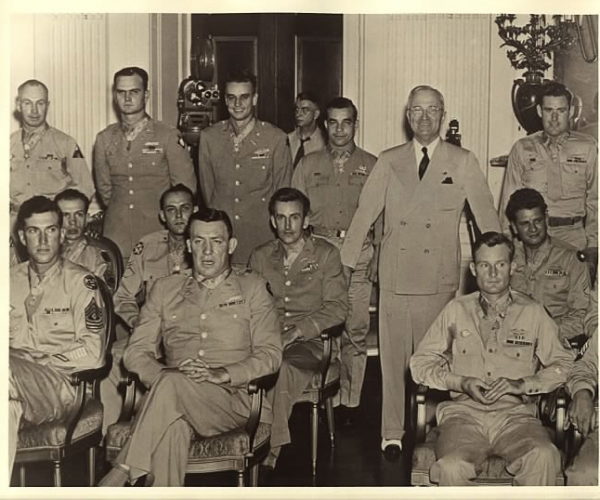 World War II officially ended when Japanese forces signed an agreement of surrender on the deck of USS Missouri in Tokyo Bay surrounded by delegates of other nations. The date was September 2, 1945, which we now recognize as Victory over Japan Day.

Major Events at the End of the War

Germany surrendered on May 8, 1945, but that did not stop the war from continuing in the Pacific Theater. Battles ensued in the Midway Islands, Iwo Jima, and Okinawa.

Hoping to prevent millions of deaths that were projected with a troop invasion of the Japanese mainland, U.S. President Truman authorized the use of atomic bombs. On August 6, 1945, the first atomic bomb was dropped on Hiroshima, Japan; a few days later, a second and even deadlier bomb was detonated in Nagasaki. An estimated 200,000 people died in the explosions and their aftermath.

On the same day that the bomb was dropped on Nagasaki, the Soviet Union invaded Japanese-occupied Manchuria, in northeastern China.

The impact of the two atomic bombs and the Soviet invasion were too much and the Japanese surrendered unconditionally just days later, followed by a formal signing on September 2, 1945.

On this 75th anniversary, we are reminded of the impervious courage and great sacrifice made by those who served during this conflict. In just under four years, over 1 million U.S. troops were wounded or killed. Many countless stories of bravery, sacrifice, and dedication that led to the Allies’ victory.

The Congressional Medal of Honor Society invites you to learn more about the men who were awarded our nation’s highest honor during the one of the greatest conflicts of modern history.

There are a total of 472 Medal of Honor Recipients from World War II. The average age of these Recipients was 27.1 years old, with the oldest being 62 and the youngest only 17. The Medal was also awarded to the Unknown Soldier of the United States.

There are 24 World War II Medal of Honor Recipients whose remains are still lost, like thousands of other servicemen. The majority of Recipients in this war were awarded the Medal posthumously, signifying their sacrifice and valor to our country.

At least one Medal was awarded to a servicemember in every branch of the United States Armed Forces. (The U.S. Air Force was not established until 1947.)

There are only two living Recipients who were awarded the Medal of Honor for actions during World War II. Seventy-five years later, they both continue to inspire and teach American citizens to be extraordinary.

Hershel “Woody” Williams
Medal of Honor Recipient Hershel “Woody” Williams rose to the rank of Chief Warrant Officer 4 in the U.S. Marine Corps Reserve before retiring. Since then, Williams has made efforts to honor and pay tribute to Gold Star Families “for their sacrifice of one of their loved ones has become a reality,” with his organization, The Hershel Woody Williams Medal of Honor Foundation. He continues to frequently visit schools as part of education outreach programs, such as the Congressional Medal of Honor Society’s Character Development Program, and demonstrates his commitment to our country’s citizens and youth.

Charles H. Coolidge is the only living Medal of Honor Recipient from the European Theater. He ascended to Technical Sergeant in the U.S. Army before retiring and now resides in Signal Mountain, Tennessee. In nearby Chattanooga, there is a museum honoring Medal of Honor Recipients that carries his names for his bravery during World War II. The Charles H. Coolidge Medal of Honor Heritage Center preserves over 6,000 objects that help tell the story of Recipients and fellow veterans from the Civil War forward. His legacy after the war reminds us that brave men and women should be honored for their courage and sacrifice.

Contribute to the Society

History is defined by countless stories of the heroes who serve in wartime, and only an extraordinary few have been awarded the Medal of Honor.

Each of the 472 World War II Medal of Honor Recipients has a story that you can learn on the Society’s website. The number of living Recipients is decreasing every year, and the need for their stories continues to rise. Join the Society’s efforts to preserve this powerful history and perpetuate the legacy of the Medal of Honor.

Click here to learn more about the impact you can make with a charitable contribution.

Join us in perpetuating the legacy of the Medal of Honor and honoring our nation’s heroes by making a direct impact on the work of the Society. You can also keep up with our upcoming events, special announcements, and partner/Recipient highlights by joining our monthly newsletter. 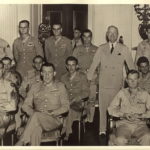 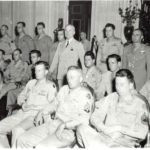 World War II involved more than thirty different countries and was the largest armed conflict in human history. Many United States military members risked their lives in service to our…