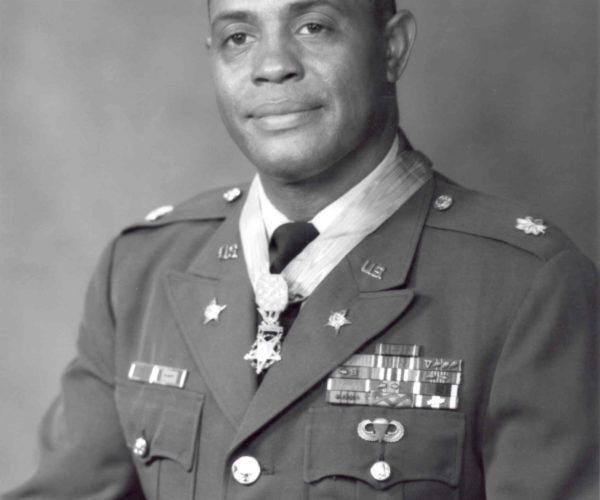 February is Black History Month and an excellent time to remember, honor, and celebrate the service of African-American military service members. From the Revolutionary War to the modern-day Wars against Terrorism, the contributions of Black Soldiers, Sailors, Airmen, Marines, and Coast Guard members have been integral to the defense of our country.

By way of commemoration, and in recognition of Black History month, we invited educator and researcher Kris Cotariu Harper, EdD, to write a memorial piece on one of the 92 Black Medal of Honor heroes: Charles C. Rogers.

When General Colin Powell, Chairman of the Joint Chiefs of Staff, was asked how an impoverished Black kid, son of Jamaican immigrants, who grew up in the south Bronx, could become the most senior active-duty person in the United States military, he reportedly responded, “Isn’t America a great place?!” Major General Charles Rogers would certainly have said the same thing.

Charles Rogers grew up in a small coal mining camp in West Virginia. His father, a veteran of World War I, was undoubtedly the inspiration for the path he followed. From him, he learned a love of God and a love of country. Later in life he was quoted as saying, “Everything I did in high school and college was done to make my mom and dad proud of me.”

Educated in the segregated schools of the 1940s and 1950s, he was quarterback for his high school football team, was elected student body president, and was consistently on the academic honor roll. He attended what is now West Virginia State University where he participated in the Army Reserve Officer Training Corps (ROTC) program. He graduated with a major in mathematics, was commissioned as a second lieutenant in Field Artillery, and entered the Army in the initial years of desegregation.

Rogers recalled having experienced overt racism and discrimination in his early career but was not deterred; he continued to serve with pride and hone his skills as an officer.  His military and leadership skills, reinforced by hard work and determination, enabled him to progress to the rank of lieutenant colonel and be given command of the 1st Battalion, 5th Artillery, 1st Infantry Division in Vietnam. The unit was positioned close the Cambodian border, near the Ho Chi Minh Trail, a supply route used by the North Vietnamese Army (NVA) to bring troops and supplies to South Vietnam.

On Halloween night, 1968, Rogers observed heavy traffic on the Ho Chi Minh Trail bringing supplies to the NVA in South Vietnam. U.S. rules of engagement, however, prevented him from ordering an attack on targets inside Cambodia; he had to wait for the enemy troops and supplies to cross the border before his men could open fire. The North Vietnamese, however, had no such restrictions and fired rockets and mortars at the outpost from across the border. Rogers organized an effort to delay the expected assault on the base; he personally directed the placement of his howitzer batteries and the anti-personnel fire. In the early hours after midnight on November 1st, the perimeter of Fire Base Rita was breached by a much larger enemy force and the 1st Battalion was engaged in close combat.

Known as a leader who led from the front, Rogers went where the action was most intense, rallying troops and personally directing and redirecting the howitzer fire. He ran from position to position, even assuming a place on one fire team that had been diminished by casualties; engaged in close-range firefights; and was wounded multiple times during the three assaults. After being wounded so seriously that he could no longer fight himself, he continued calling encouragement and reassurance to his troops. Due in no small part to his courageous leadership, 1st Battalion prevailed and the NVA force was repelled.

Rogers continued his service and rose to the rank of Major General, making him the highest-ranking Black Medal of Honor recipient. He worked diligently for race and gender equality in the military before he retired from the Army in 1984, after 32 years of service, and became a Baptist minister. He returned to Germany to continue to work with the soldiers he loved and died there of cancer in 1990. MG Charles Rogers is buried in Arlington National Cemetery. 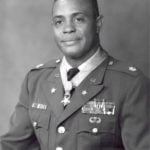 In this edition of recognizing African American Medal of Honor recipients, we are honoring Medal of Honor Recipient Frank Smith for his service during the Chinese Relief Expedition. What was…