May is Jewish-American Heritage Month. In commemoration, we honor William Shemin, whose Distinguished Service Cross was upgraded to the Medal of Honor in 2015. Shemin is one of 18 Jewish Medal of Honor Recipients.

“His men wanted to recommend him for the MOH. They were told that no Jew would receive our nation’s highest military award. Six members of his platoon… then recommended [him] for the Distinguished Service Cross.” Elsie Shemin Roth, Medal of Honor Day interview with the World War I Museum & Memorial, 25 March 2021.

“War is not about medals. I love my country, I love my men. That’s all that counts.” William Shemin, Medal of Honor Recipient.

William Shemin was born in 1896 in Bayonne, New Jersey, to Russian Jewish immigrants. He enlisted in the U.S. Army on October 2, 1917, and was assigned to Company G, 2nd Battalion, 47th Infantry Regiment, 4th Division Expeditionary Forces. Following training, his unit was shipped to France to join World War I.

Shemin was promoted quickly to corporal in April 1918 and again to sergeant a few months later in June. By August, Shemin’s company was positioned on the shores of the Vesle River near Bazoches, France. The German forces on the opposite side of the river defended their position with an almost constant stream of ammunition and gas weaponry. This bombardment prevented the Americans from establishing footbridges to cross – meaning they would have to swim or float on fallen trees, soaking their gas masks and weapons. Once on the other side, the Americans faced a steep rock face before they could contemplate facing the enemy.

Shemin and his platoon made the crossing and began organizing at the foot of the hill. His friend, Jim Pritchard, was part of a three-man team ordered to take out a German machine gun placement. In the process,

“the two men were instantly killed and Pritchard was badly wounded in the shoulder… Shemin had to decide to watch Jim die or rescue him in the middle of a field with no cover, the sun was shining, heavy fire from all sides… He had to go 150 yards to get Jim… The length of a football field 2 times, there and back.”

Shemin successfully removed his wounded friend, all 6-foot, 200-pounds of him, back to American lines for medical aid.

Over the course of the next few days, Shemin and his men fought hand-to-hand through Bazoches. Shemin rescued two more wounded men from open fields of heavy fire.

Eventually, the Americans were forced to withdraw on August 9. At some point, Shemin was

“shot in the head, with the bullet deflecting off the buckle of his helmet… it lodged behind his ear, in his head, near his brain… He refused medical help until his platoon was safely withdrawn. The next day he was found unconscious and evacuated to a hospital where he spent 6 weeks recovering.”

He returned to his unit for the closing days of the War and stayed on for the occupation in Belgium and Germany. Shemin was discharged as a sergeant on August 2, 1919. The next year he was presented the Distinguished Service Cross on the recommendation of his platoon members, who wrote that “Sergeant Shemin was cool, calm, intelligent and utterly fearless. He was a big factor in maintaining splendid morale and tactical efficiency of his platoon.”

Following the War, Shemin returned to gardening and forestry work. He received a degree from the New York State College of Forestry at Syracuse University, in Syracuse, New York. In a questionnaire from the Office of Jewish War Records, he stated he worked “along all different forestry lines, doing forest ranger work, followed logging and lumbering in the Adirondacks and Canada.” Eventually, he was appointed as the Forrester on the Niagara Falls State Reservation in New York. Later in life, he started his own gardening and landscaping business in New York City.

In 2001, the U.S. Army began a review of all valor awards to Jewish soldiers during WWI. At the close of a years-long effort, Shemin’s Distinguished Service Cross was upgraded to the Medal of Honor in 2015. It was presented to Shemin’s daughter, Elsie Shemin Roth, by President Barack Obama.

Unless stated otherwise, quotes in this piece are taken from a virtual interview with William Shemin’s daughter, Elsie Shemin Roth, by the National WWI Museum and Memorial: https://www.youtube.com/watch?v=7ET69IqFw2w&t=1645s 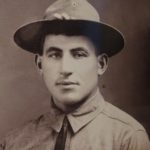 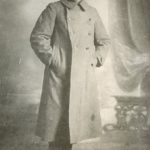 May is Asian-Pacific Heritage Month. In commemoration, we honor Jose Nisperos, the first Filipino Medal of Honor Recipient, who received the Medal for the defense of his military detachment and…