MOUNT PLEASANT, SC -– The Congressional Medal of Honor Society (the Society), the membership organization of the 65 living Medal of Honor Recipients, today announced that its short documentary, “Living History, Jim McCloughan,” was awarded a Bronze Telly Award and an Award of Excellence by the Academy of Interactive and Visual Arts (the Academy).

The video, about Vietnam Medal of Honor Recipient Jim McCloughan, was one of more than 4,000 entries received by the Academy from across the United States and around the world as part of its 28th annual Communicator Awards and one of more than 12,000 received by The Telly Awards. It is also the 15th award-winning video for the Society and its development arm, the Medal of Honor Foundation.

The Society’s Video Library is located on its website–cmohs.org– and features nearly 300 short films about the Medal, its Recipients and those honored by the Society for living the values of the Medal.  The Library accompanies the Society’s Recipients Database, which is made available to other institutions honoring the Recipients, as well as the Medal of Honor Blog, values-based primary and secondary curriculum comprising the Society’s Character Development Program, Medal of Honor Statistics & Facts, a Medal of Honor History & Timeline and many other features for the researcher, historian or a casual reader.

The Video Library and website features are among many ways that the organization carries out its mission to preserve the legacy of the Medal of Honor and its Recipients as set out by Congress when it was established in 1958. The Library’s award-winning videos are marked with the relevant award icon and can be found here. 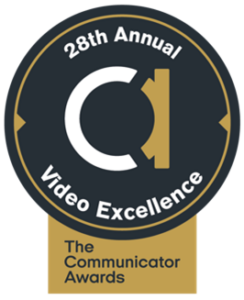 the Society’s headquarters on board the U.S.S. Yorktown at Patriots Point Naval & Maritime Museum in Mount Pleasant, South Carolina, was designated as one of three national Medal of Honor sites.

Society Archivist & Historical Collections Manager Laura Jowdy commented,“Ensuring the legacy of the Medal of Honor, its values and the Recipients is a central part of the Society’s mission. Along with the artifacts in our Medal of Honor Museum, the stories of the Medal of Honor developed for our Video Library are an invaluable part of our preservation efforts and our nation’s history.”

You can view the award-winning “Living History, Jim McCloughan,” in the Congressional Medal of Honor Society’s Video Library here.  It was produced by Julia Cowell and Ryan Pratzel of Alexandria, Virginia-based Creative Liquid. Ryan Pratzel also served as Director of Photography and Nick Lewis edited the documentary.

Chartered by Congress in 1958, its membership consists exclusively of those individuals who have received the Medal of Honor. There are 64 living Recipients.

The Communicator Awards are judged and curated by the Academy of Interactive and Visual Arts (AIVA). The AIVA is an assembly of leading professionals from various disciplines of the visual arts dedicated to embracing progress and the evolving nature of traditional and interactive media. Current AIVA membership represents a “Who’s Who” of acclaimed media, advertising, and marketing firms including: GE Digital, Spotify, Condè Nast, Disney, Republica, Majestyk, Fast Company, Upstatement, and many others. See aiva.org for more information.

About The Telly Awards
The Telly Awards is the premier award honoring video and television across all screens. Established in 1979, The Telly Awards receives over 12,000 entries from all 50 states and 5 continents. Entrants are judged by The Telly Awards Judging Council—an industry body of over 200 leading experts including advertising agencies, production companies, and major television networks, reflective of the multiscreen industry The Telly Awards celebrates. Partners of The Telly Awards include Video Consortium, Ghetto Film School, We Are Parable, Future of Film, IFP, LAPPG, NAB, Stash, NYWIFT, Production Hub, IFP,
with support from The Commercial Director’s Diversity Program.

Join us in the fall of 2022 as we continue our webinar series with the Congressional Medal of Honor Society Archives. This series, led by Society Archivist Laura Jowdy, offers…