As the organization chartered by Congress to care for the legacies of those who are awarded our nation’s highest award for military combat, we believe in the importance of bringing greater finality to these men’s stories. And as the organization comprised of the 66 living Medal of Honor Recipients, we appreciate the closure that is brought to the families and ancestors of these men.

Both Baker and Ward lost their lives while serving in World War II.  Baker was a pilot who persevered in his mission as part of the Ploiești Raid despite sustaining devastating damage and fire to his aircraft.  Ward was assigned to the USS Oklahoma during the attack on Pearl Harbor and made the decision to light the way for his fellow turret crew members as the ship neared capsizing in order to help them to escape, sacrificing his own life as a result.

Baker’s Medal of Honor was accepted by his parents and widow on March 2, 1944, at First Presbyterian Church in Akron, Ohio.  Ward’s Medal was mailed to his parents in Springfield, Ohio, in March 1942, accompanied by a letter from President Franklin D. Roosevelt and Secretery of the Navy Frank Knox. 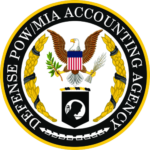 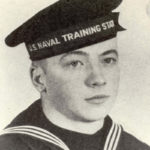 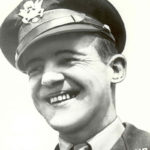 Join us in Washington, DC for  NCSC 2022! Stop by booth #483 to say hi to our team and get the latest information information about the Medal of Honor Character…

“The Invisible Wounds of War” Webinar