MOUNT PLEASANT, S.C. (May 19, 2021)— The Congressional Medal of Honor Society regretfully announces that Charles C. Hagemeister, Medal of Honor Recipient, passed away Wednesday, May 19, 2021, at the age of 74 in Leavenworth, Kansas.

Then-Specialist Fourth Class Hagemeister was assigned as a medic to Headquarters & Headquarters Company, 1st Battalion, 5th Cavalry, 1st Cavalry Division (Airmobile), U.S. Army, in Vietnam’s Binh Dinh Province when the enemy attacked at night on March 20, 1967. His platoon was sent to secure the village of Tan An and prevent the escape of North Vietnamese regulars. While they moved through the village’s graveyard, the enemy surrounded them on three sides and initiated intense fire. His platoon quickly suffered heavy casualties. For the next seven and a half hours, Hagemeister unhesitatingly faced the heavy fire several times to reach the wounded, offering medical aid and encouragement.

Prevented from evacuating the wounded by the hostile fire, he seized a rifle and eliminated a sniper, an enemy machine gun, and three enemy soldiers trying to encircle his position. With his men pinned down, Hagemeister ran to secure help from nearby platoon and positioned them so that he could more safely remove the wounded. He continued to evacuate the wounded as the enemy continued firing.

For all the lives he saved on that day, Hagemeister was presented the Medal of Honor by President Lyndon B. Johnson on May 14, 1968, in a ceremony at the Pentagon in Washington, D.C. In a July 1968 interview with Army Digest, Hagemeister said, “The pressure of a crisis situation makes you realize what you’re made of. If you do your job and a little bit for somebody else, you’ll usually come through.”

Hagemeister was born in Lincoln, Nebraska, on August 21, 1946, youngest of 4 siblings. He graduated from Lincoln’s Southeast High School and was drafted into the Army in May 1966 while on a break from the University of Nebraska at Lincoln. He retired from active duty as a lieutenant colonel in June 1990. He served on the board of the Congressional Medal of Honor Society.

He is survived by his wife, Barbara, two children, and two grandchildren. Burial arrangements are pending.

There are 66 recipients alive today.

The Congressional Medal of Honor Society was chartered by Congress in 1958 and consists exclusively of the living recipients of our nation’s highest award for bravery in combat, the Medal of Honor. The Society is a 501(c)3 organization dedicated to preserving the legacy of the Medal of Honor and its Recipients, inspiring America’s youth and its Veterans, and supporting the Recipients as they connect with communities across the country. Those who wear this light blue ribbon and Medal around their neck are “recipients” of this prestigious award; they are not “winners.” The name of the Medal is simply “Medal of Honor” — the word “Congressional” is sometimes mistakenly used because the Medal was created by Congress; however, the Medal is purely a military award. The Society was chartered by Congress, which is why the word “Congressional” precedes the Society’s name. Please visit us at www.cmohs.org. 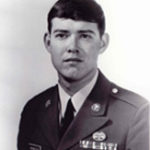 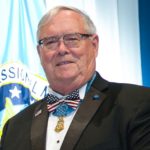 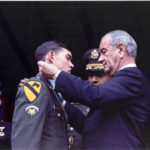 Medal of Honor Recipient Ernest E. West Passes Away at 89 Earned Nation’s Highest Award for Valor during the Korean War

MOUNT PLEASANT, S.C. (May 3, 2021)— The Congressional Medal of Honor Society regretfully announces that Ernest E. West, Medal of Honor recipient, passed away Saturday, May 1, 2021, at the…