Medal of Honor Recipients to Recognize Americans for Service and Valor

MOUNT PLEASANT, S.C.–The Congressional Medal of Honor Society (the Society) is accepting nominations for its 15th annual Citizen Honors Awards in which individuals and an organization will be recognized for acts of valor or service to the community.

Launched in 2007, the awards program is just one of numerous ways that the Society carries out its mission to promote the values embodied by the Medal of Honor: courage, sacrifice, integrity, commitment, patriotism, and citizenship.

Society President and Medal of Honor Recipient Leroy Petry said, “You don’t have to wear a uniform for service or sacrifice. Everyday, ordinary Americans perform extraordinary acts of courage and selfless service.”

The Citizen Honors Awards categories are:

SINGLE ACT OF HEROISM AWARD
Recognizes Americans who accomplish extraordinary feats of heroism by risking their lives for the benefit of others in a dire situation.

YOUNG HERO AWARD
Recognizes young Americans aged 17 or younger for their courage in a dire situation.

SERVICE ACT AWARD
Recognizes Americans who consistently place others before themselves through volunteer service.

COMMUNITY SERVICE AWARD
Recognizes a community-based organization for its exceptional impact or mission in supporting our nation’s military service members and families.

YOUTH SERVICE AWARD
Recognizes young Americans aged 8-17 for placing others before themselves through volunteer service.

In 2021, honorees were selected for saving lives, creating initiatives to help others in need, supporting veterans and more.  Past award winners are featured on the Congressional Medal of Honor website here with profile videos of their service or act of valor.

The nominations period closes Dec. 31, 2021. Nominations must be submitted through the Society’s website at cmohs.org.

The Society carries out its mission through outreach, education and preservation programs, including the Medal of Honor Museum, Outreach Programs, the  Character Development Program, and the Citizen Honors Awards for Valor and Service. The Society’s programs and operations are funded by donations. 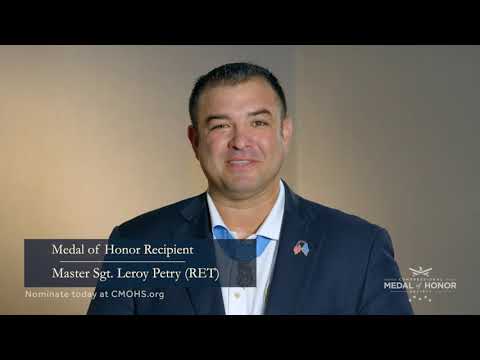 Nominate a Local Hero for a Citizen Honors Award

MOUNT PLEASANT, S.C.—The Congressional Medal of Honor Society today announced the addition of new exhibits to its Recipients’ Museum to bring to life stories of valor and sacrifice in the…