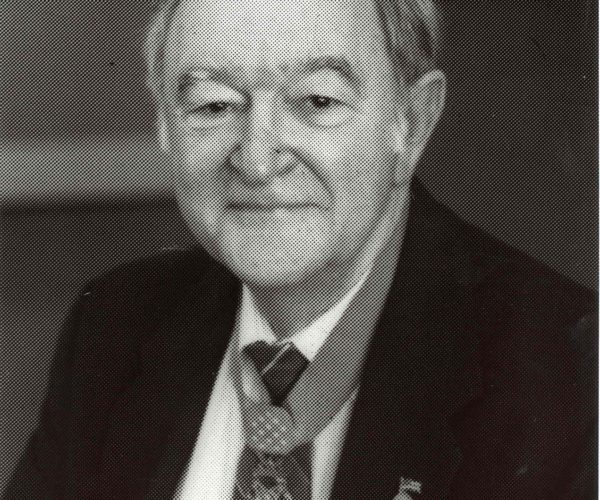 World War II involved more than thirty different countries and was the largest armed conflict in human history. Many United States military members risked their lives in service to our country throughout the war. This week, we want to remember and honor the legacy of one in particular, Recipient Charles H. Coolidge.

Recipient Charles H. Coolidge served with the United States Army’s 36th Infantry Division in North Africa, Italy, France, and Germany as a Technical Sergeant during World War II. During his service, he was part of the first American division to invade Europe during the war.

In October 1944, Coolidge stepped up and took the lead during a four-day forest battle next to the French village of Belmont-Sur-Battant. When Coolidge realized that his company was vastly outnumbered and outgunned, he sprung into action, thinking quickly and boldly. He attempted to bluff the German forces, portraying confidence as he called on them to surrender.

When his bluff didn’t hold, he assumed command of the force, as no officer was present. Throughout intense days of battle, he rallied his men, encouraging them and directing their fire. When it became clear that the Germans would overrun the position of his forces, he organized his men into an orderly withdrawal, assigning himself as the last to leave. As a result of his superior leadership, his combat group was accomplished in their mission throughout many days of fighting against numerically superior enemy troops.

Accepting the Medal of Honor

On June 18th, 1945, Recipient Coolidge was awarded the Medal of Honor near Ulm, Germany. The Medal was presented by Major General Frederick Haislip, who served in both World War I and World War II.

On April 6th, 2021, Recipient Coolidge passed away peacefully at Memorial Hospital in Chattanooga, Tennessee. You can honor his life and service by visiting or donating to the Charles H. Coolidge National Heritage Center.