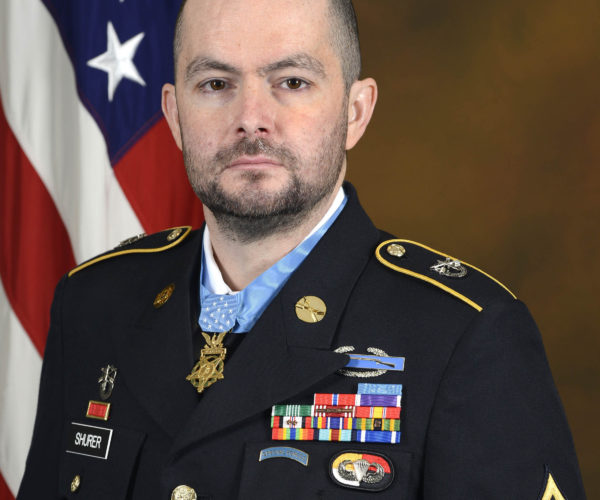 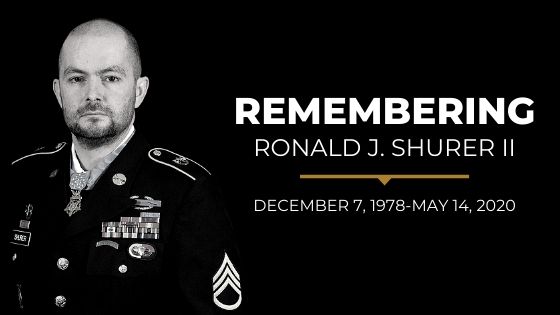 Medal of Honor Recipient Ronald J. Shurer II was a brave man who risked his life to save fellow soldiers wounded during deployment in Afghanistan in 2008. He is nothing short of an American hero. On May 14th, 2020, Shurer passed away from complications due to lung cancer, which had been diagnosed three years prior. Today, we celebrate his memory and bravery.

Many may remember Shurer as a heroic Senior Medical Sergeant who ensured the safety of his wounded team, but he was also a devoted husband and loving father of two sons. Throughout his life, Shurer embodied the six core values of courage, sacrifice, commitment, integrity, citizenship, and patriotism that ultimately earned him the Medal of Honor. Ronald was born in Fairbanks, Alaska, but grew up in Tacoma, Washington before attending Washington State University and earning a bachelor’s degree in business administration in 2001. The following year, he decided to join the United States Army.

Shurer began his military career as an army medic and later qualified to train as a Special Forces medic where he was promoted to Staff Sergeant on December 1, 2006. Two years later, Shurer was deployed to Afghanistan as part of Operation Enduring Freedom. The Medal of Honor was bestowed upon him for gallant acts of courage during this operation. On April 6, 2008, he tended to many wounded soldiers and showed extreme bravery by using himself a human shield while under enemy fire. Shurer helped transport the wounded onto a helicopter before he rejoined the fight.

With the help of citizens like you, we can keep the legacy of the Medal of Honor, as well as honoring our nation’s heroes. Make a direct impact to support the work of the Congressional Medal of Honor Society today with a charitable donation. The Congressional Medal of Honor Foundation is a registered 501(c)(3) non-profit organization with the sole mission to support the work of the Society. You can also keep up with our upcoming events, special announcements, and Recipient highlights by joining our monthly newsletter.