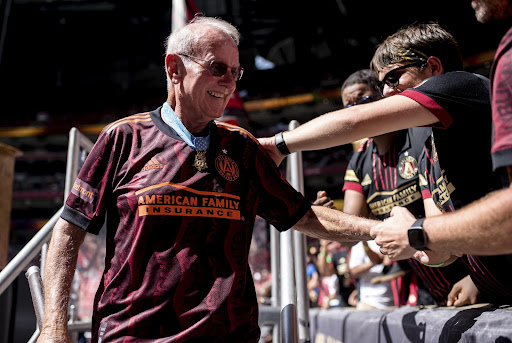 Since it was instituted more than 150 years ago, Medal of Honor Recipients have become prominent figures in American society who are often invited to formal events such as swearing in ceremonies of U.S. Presidents on Inauguration Day, solemn events at national cemeteries, or patriotic events like parades 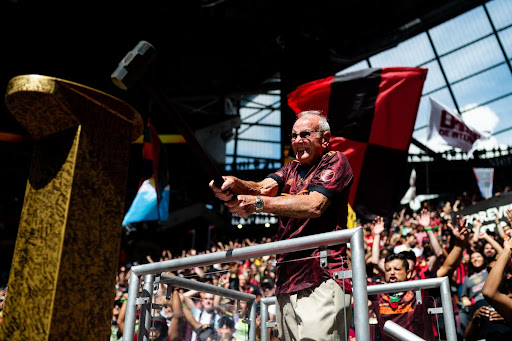 On Aug. 15., Atlanta United FC, an American professional soccer club, welcomed all active military personnel, veterans, friends, and families to its Military Appreciation Night as a token of appreciation for their service.  As part of the event, the Major League Soccer team offered a special discounted price paired with a military-themed Atlanta United hat for its special guests, which included Recipient Robert Patterson, a veteran of the Vietnam War.

Want some ideas on ways to incorporate the values of the Medal of Honor and its Recipients into your organization’s events? Sign up for the Society’s monthly newsletter to keep up on upcoming events, special announcements, and stories of Medal of Honor Recipients.

Charleston, SC – November 23, 2020 – In an effort to increase their reach to students, educators and veterans and the involvement of the 69 living recipients of the Medal…

Organizations can help champion Society’s unique, free Character Development Program The Congressional Medal of Honor Society (the Society), the nation’s only non-profit organization chartered by the U.S. Congress to preserve…