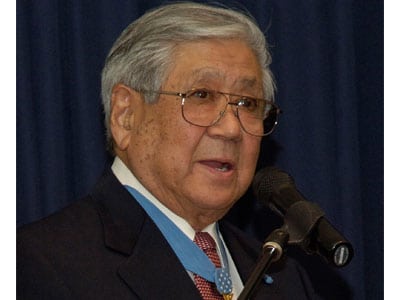 APRIL 18, 2016
AMERICA’S FIRST SECRET HERO: INTERVIEW WITH MEDAL OF HONOR RECIPIENT HIROSHI MIYAMURA
Medal of Honor Recipient Hiroshi “Hershey” Miyamura tells his personal story during this special webinar presented by the Congressional Medal of Honor Foundation (CMOHF). Mr. Miyamura recounts his heroic actions and his internment as a Prisoner Of War during the Korean War.