Technical Sergeant John A. Chapman distinguished himself by extraordinary heroism as an Air Force Special Tactics Combat Controller, attached to a Navy Sea, Air, and Land (SEAL) Team conducting reconnaissance operations in Takur Ghar, Afghanistan, on March 4, 2002. During insertion, the team’s helicopter was ambushed causing a teammate to fall into an entrenched group of enemy combatants below. Sergeant Chapman and the team voluntarily reinserted onto the snow-capped mountain, into the heart of a known enemy stronghold to rescue one of their own. Without regard for his own safety, Sergeant Chapman immediately engaged, moving in the direction of the closest enemy position despite coming under heavy fire from multiple directions. He fearlessly charged an enemy bunker, up a steep incline in thigh-deep snow and into hostile fire, directly engaging the enemy. Upon reaching the bunker, Sergeant Chapman assaulted and cleared the position, killing all enemy occupants. With complete disregard for his own life, Sergeant Chapman deliberately moved from cover only 12 meters from the enemy, and exposed himself once again to attack a second bunker, from which an emplaced machine gun was firing on his team. During this assault from an exposed position directly in the line of intense fire, Sergeant Chapman was struck and injured by enemy fire. Despite severe, mortal wounds, he continued to fight relentlessly, sustaining a violent engagement with multiple enemy personnel before making the ultimate sacrifice. By his heroic actions and extraordinary valor, sacrificing his life for the lives of his teammates, Technical Sergeant Chapman upheld the highest traditions of military service and reflected great credit upon himself and the United States Air Force. 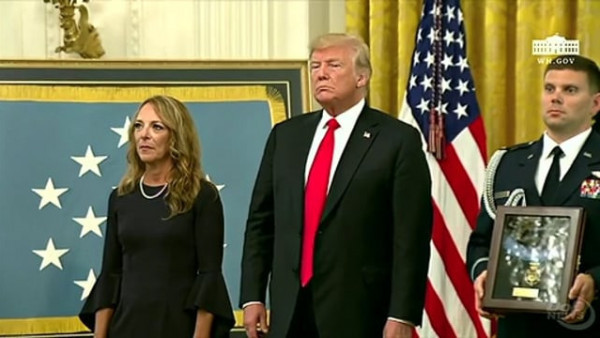 Medal of Honor Presentation to John A. Chapman

Medal of Honor Presentation to John A. Chapman 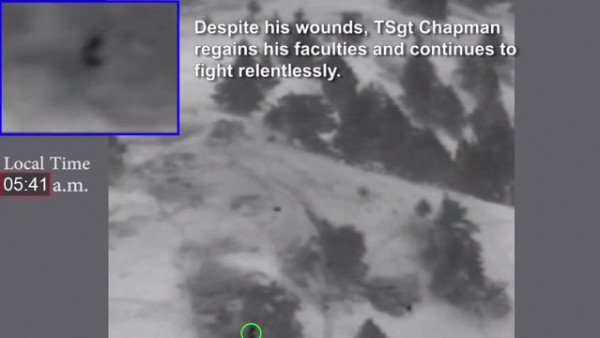 John A. Chapman's Medal of Honor Action from Drone Footage. Released by the U.S. Air Force.

John A. Chapman's Medal of Honor Action from Drone Footage. Released by the U.S. Air Force. 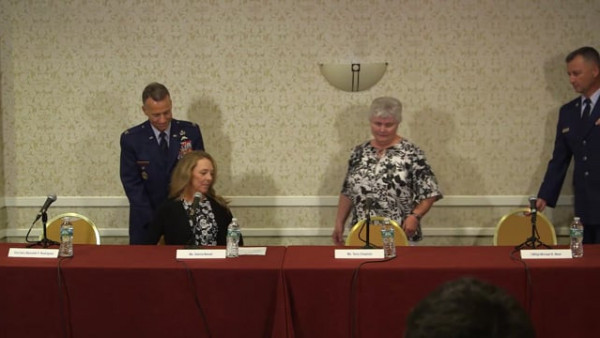 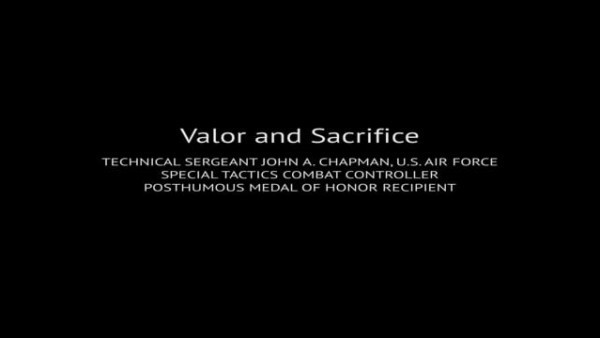