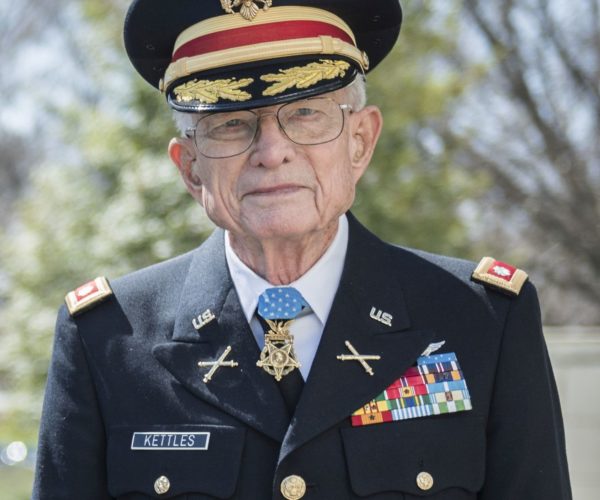 MOUNT PLEASANT, S.C.  (January 22, 2019)— The Congressional Medal of Honor Society announces that Charles S. Kettles, Medal of Honor recipient, passed away Monday, January 21, 2019, in Michigan at the age of 89.

Kettles was born on January 9, 1930, in Ypsilanti, Michigan. He was drafted into the Army in 1951 and served several active duty tours before transitioning to the Army Reserve. In 1963, he volunteered for active duty. Already a qualified fixed-wing pilot, he underwent training to become a helicopter pilot and then served two tours in Vietnam.

On May 15, 1967, during his first tour in Vietnam, Lieutenant Colonel (then Major) Kettles, despite substantial damage to his own aircraft, repeatedly lead a group of helicopters through heavy enemy fire to resupply and rescue casualties of an ambushed American airborne infantry unit. After completing what he thought was his last run, he heard that eight men remained on the ground. He voluntarily returned his damaged helicopter to the area evacuate the remaining men, despite continuing enemy fire. Only once all the men were aboard did he guide his heavily damaged aircraft back to base.

He returned to the Army Reserve in 1970 and retired from the Armed Services in 1978. He received his bachelor’s degree from Our Lady of the Lake University (San Antonio, TX) and his master’s degree at from the College of Technology at Eastern Michigan University (Ypsilanti, MI).

Nearly 50 years after the events of May 1967, Lieutenant Colonel Kettles received the Medal of Honor from President Barack Obama in a White House ceremony on July 18, 2016.

Charles Kettles is survived by his wife Ann and their children. Funeral services are pending. There are 72 recipients alive today. 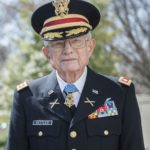 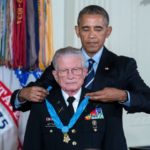 Medal of Honor Recipient Joe M. Jackson Passes Away at 95