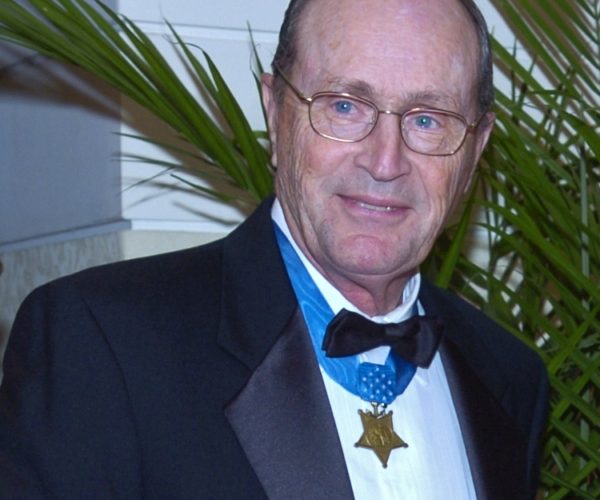 Lee was born in New York City, New York, on August 1, 1933. He joined the U.S. Marine Corps following his graduation from Pace College (New York City, NY) in 1955. After attending Officer Candidates’ Course at Quantico, Virginia, Lee was commissioned a Second Lieutenant in the Marine Corps Reserve. He made First Lieutenant prior to transitioning to the regular Marine Corps in 1958 and was promoted to Captain in 1961.

Captain Lee was stationed in the Dominican Republic during that country’s 1965 civil war. By mid-1966, he was serving his first tour of duty in Vietnam.

On August 8, 1966, near Cam Lo, Vietnam, Lee was company commander of Company E, 2d Battalion, 4th Marines, 3d Marine Division (Rein) FMF, when a platoon of his company suffered heavy casualties in an attack by enemy forces. Lee volunteered to take a small group of Marines by helicopter to reinforce the besieged unit. Once there, he discovered the platoon sergeant had been killed and the platoon sergeant seriously wounded. Lee assumed command of the survivors. His leadership and encouragement, despite his own painful wounds from a grenade, allowed the small band of Marines to hold off a superior enemy force for 6 hours through the night.

For his valor that August, he received the Medal of Honor from President Lyndon Johnson in a White House ceremony on October 25, 1967. His three-year-old son Michael charmed the audience and press with his antics during the ceremony.

He retired as a Lieutenant Colonel in 1975.

He is survived by his four children, a sister, and numerous grandchildren and great-grandchildren. He will be laid to rest in Virginia Beach, Virginia, on Saturday, March 30, 2019.

There are 71 recipients alive today. 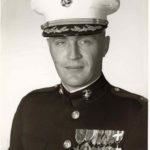 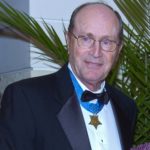