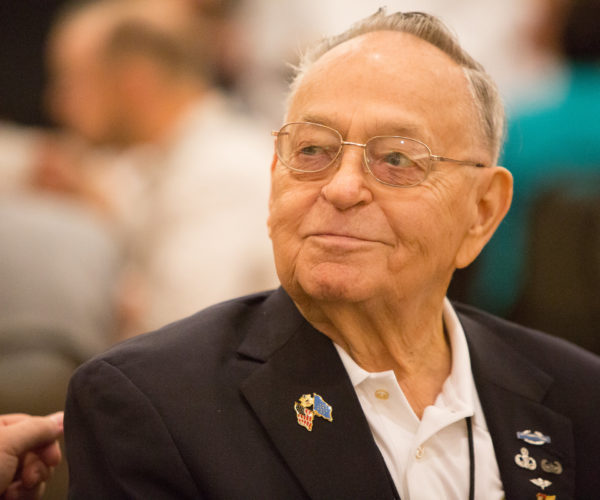 As a corporal in the U.S. Army on January 12, 1952, Rosser’s platoon was ordered to take a hill on the outskirts of Ponggilli, Korea. Rosser led a charge up a heavily defended hill, through heavy enemy fire that was pinning down the advance of his unit. Halfway up, he realized he was alone, but kept going. He took out enemy placements as he advanced, before exhausting his ammunition, which necessitated a trip back down the hill, reversing his steps through the enemy fire. After replenishing his ammunition and grenades, he fought his way up the hill again. After a third time up the hill, his platoon was forced to withdraw under the still-continuous enemy fire. Although wounded from his three trips up the hill as a one-man Army, Rosser helped evacuate two other injured soldiers.

For his valor that day, President Harry S. Truman presented Rosser the Medal of Honor at the White House’s Rose Garden on June 27, 1952.

Rosser was born in Columbus, Ohio, on October 24, 1929. He would eventually be the oldest of seventeen children. He joined the Army at age 17 and served three years. He would re-enlist in 1951 after his younger brother Richard was killed in the Korean War. He made a career of the Army and served as a body bearer for the Unknown Soldier of Korea in 1958. After retiring from the Army, he worked as a teacher and in law enforcement.

He is survived by his daughter and numerous other family. Burial arrangements are pending at this time.

There are 68 recipients alive today. 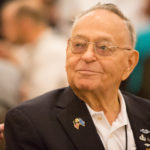 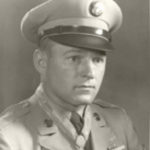