David Bryan of Kansas City, MO for going above and beyond by valiantly rescuing a motorist from a burning automobile on Eastbound I-70, one mile from the city of Higginsville, Missouri.

On the morning of May 22, 2003, Highway Patrol trooper Michael Newman stopped motorist Michael Nolte for a minor traffic violation on Eastbound I-70, one mile from the city of Higginsville, Kansas.  Nolte was sitting in the passenger seat of the patrol car with the state trooper for safety and protocol reasons.  A one-ton pickup towing a flatbed trailer drove onto the shoulder of the road and slammed into the patrol car, which in turn struck Nolte's automobile.  The patrol car burst into flames upon impact.  David, upon witnessing the tragedy, went to the patrol car and pulled motorist Nolte out of the burning vehicle through a window and saved Nolte’s life.  The vehicle then became engulfed in flames and sadly Highway Patrol trooper Michael Newman lost his life.  David’s heroic actions that day saved the life of another.  The extraordinary courage and selflessness displayed by David Bryan is an inspiration and credit to the state of Missouri and to his fellow Americans. 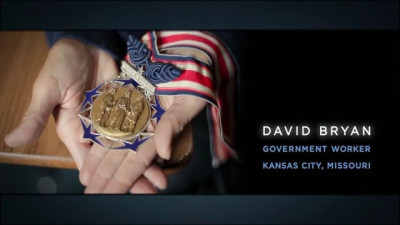 Students will determine that the Citizen Honors awardees display many of the same attributes as Medal of Honor Recipients and more.

Students will identify safe and unsafe driving practices and the consequences of each, analyze the events leading to a car crash, and more.

Introducing the Medal of Honor

Students will collaborate and communicate their prior knowledge to help organize their thoughts about the Medal of Honor.

"You and Me, God": Modification for Distance Learning