Private First Class James C. McCloughan distinguished himself by acts of gallantry and intrepidity at the risk of his life above and beyond the call of duty from May 13 - 15, 1969, while serving as a combat medic with Company C, 3d Battalion, 21st Infantry, 196th Light Infantry Brigade, Americal Division. The company air assaulted into an area near Tam Ky and Nui Yon Hill. On May 13th, with complete disregard for his life, he ran 100 meters in an open field through heavy fire to rescue a comrade too injured to move and carried him to safety. That same day, 2d Platoon was ordered to search the area near Nui Yon Hill when the platoon was ambushed by a large North Vietnamese Army force and sustained heavy casualties. With complete disregard for his life and personal safety, Private First Class McCloughan led two Americans into the safety of a trench while being wounded by shrapnel from a rocket propelled grenade. He ignored a direct order to stay back and braved an enemy assault while moving into the “kill zone” on four more occasions to extract wounded comrades. He treated the injured, prepared the evacuation, and though bleeding heavily from shrapnel wounds on his head and body, refused evacuation to safety in order to remain at the battle site with his fellow Soldiers who were heavily outnumbered by North Vietnamese Army forces. On May 14th, the platoon was again ordered to move out towards Nui Yon Hill. Private First Class McCloughan was wounded a second time by small arms fire and shrapnel from a rocket propelled grenade while rendering aid to two Soldiers in an open rice paddy. In the final phases of the attack, two companies from the 2d North Vietnamese Army Division and an element of 700 soldiers from a Viet Cong regiment descended upon Company C’s position on three sides. Private First Class McCloughan, again with complete disregard for his life, went into the crossfire numerous times throughout the battle to extract wounded Soldiers, while also fighting the enemy. His relentless and courageous actions inspired and motivated his comrades to fight for their survival. When supplies ran low, Private First Class McCloughan volunteered to hold a blinking strobe light in an open area as a marker for a nighttime resupply drop. He remained steadfast while bullets landed all around him and rocket propelled grenades flew over his prone, exposed body. During the morning darkness of May 15th, Private First Class McCloughan knocked out a rocket propelled grenade position with a grenade, fought and eliminated enemy soldiers, treated numerous casualties, kept two critically wounded Soldiers alive during the night, and organized the dead and wounded for evacuation at daylight. His timely and courageous actions were instrumental in saving the lives of his fellow Soldiers. Private First Class McCloughan’s personal heroism, professional competence, and devotion to duty are in keeping with the highest traditions of the military service and reflect great credit upon himself, the Americal Division, and the United States Army. 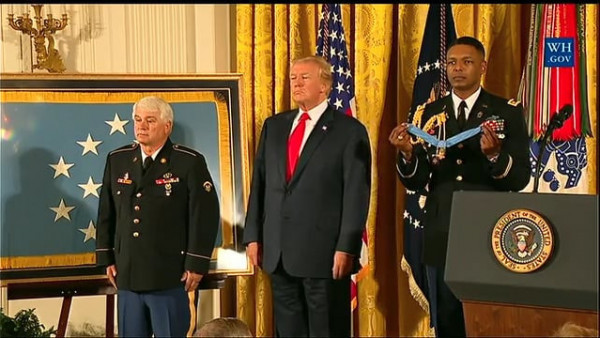 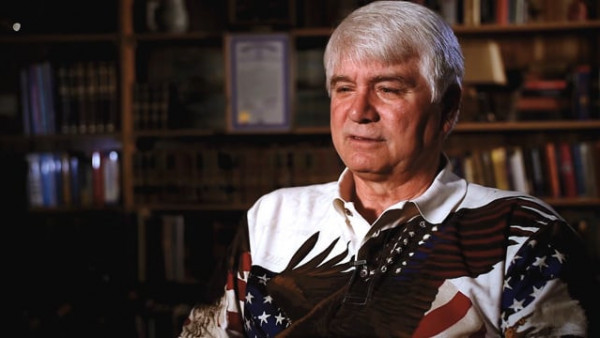 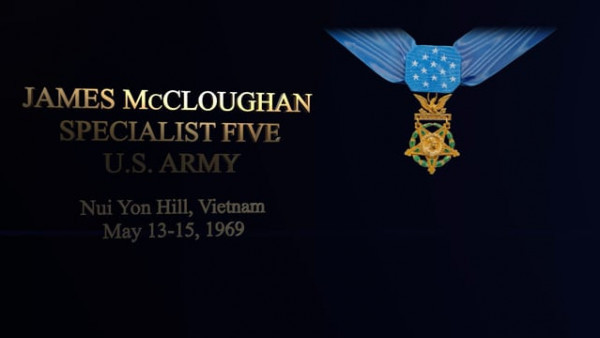