Celebrate Father’s Day with The Congressional Medal of Honor Society 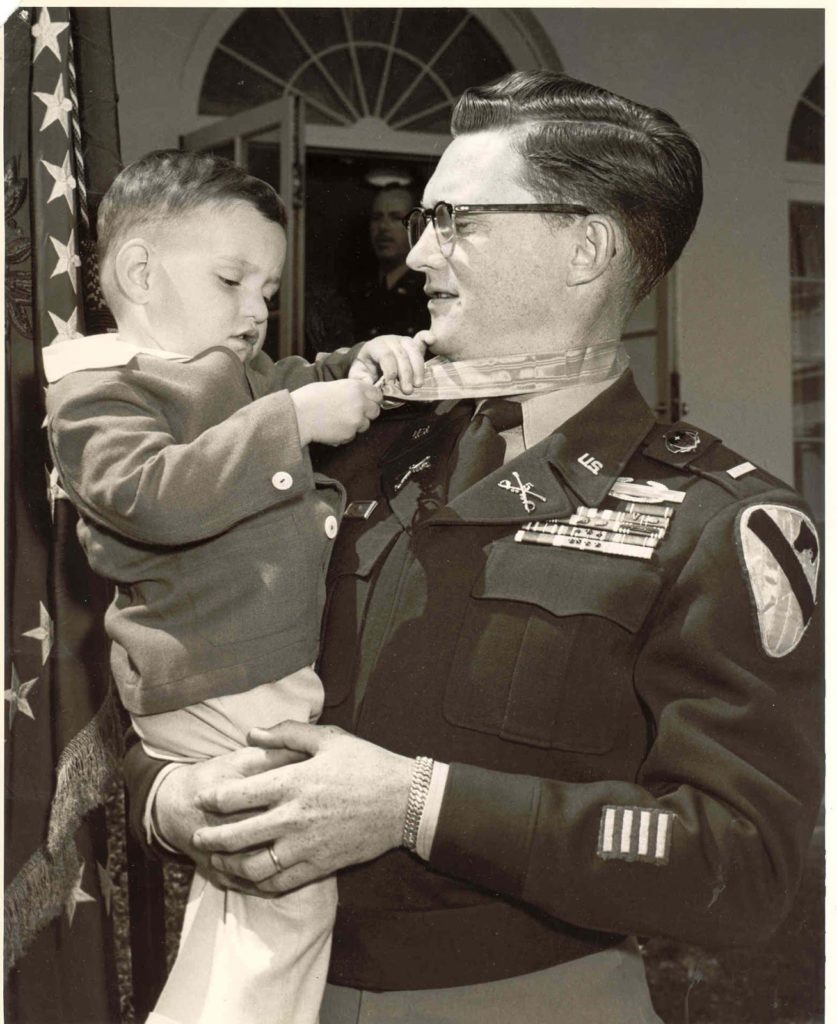 Father’s Day is right around the corner; it’s a time for us to celebrate and acknowledge the men who are making a difference in their child’s life. Father’s Day became a national holiday in the United States in 1972. It was officially recognized by President Richard Nixon’s administration.

For nearly 50 years, people across America have formally celebrated Father’s Day, honoring the fathers and father-like figures in their lives. Celebrate with us by reading about two father-son duos who have received the Medal of Honor and by honoring fathers who have bravely served our country.

Arthur MacArthur Jr. was a First Lieutenant and Adjutant for the U.S. Army and served during the U.S. Civil War. He was awarded the Medal of Honor for his actions on November 25th, 1863, when he planted the colors of his regiment on the captured ground of Missionary Ridge.

His son, Douglas MacArthur, went on to serve in World War II and was awarded the Medal of Honor for his actions as a General of the Armies. Recipient Douglas MacArthur mobilized, trained, and bravely led Allied forces in the fight for the Philippines – and did so from the front lines, often under heavy fire and without regard for his personal safety.

President Theodore Roosevelt was awarded the Medal of Honor for his service in the Spanish-American War. On July 1st, 1898, he led a daring charge up San Juan Hill in the Republic of Cuba. During this charge, he encouraged his troops and bravely faced the enemy. His leadership turned the tide in the battle for San Juan Hill and for these actions he received the Medal.

Theodore Roosevelt Jr., son of President Theodore Roosevelt, served in the U.S. Army during World War II. During the Normandy Invasion, at the age of 56, he went ashore with the first wave and repeatedly led groups from the beach and established them inland. Under General Roosevelt’s calm leadership under fire, American forces eventually reduced the enemy’s hold on the beach and were successful at moving inland with minimal casualties.

Honoring Those Who Have Fallen

We would like to take a moment to say thank you to all of the fathers out there that have left their homes and families to serve our country. We celebrate and honor your service.

For some, Father’s Day is a reminder of those who have passed away in service to our country. On June 20th, we invite you to remember those fathers who have lost their children in battle, and likewise, children who have lost their fathers.  During the next week, we will be highlighting Recipients and their families on our social media channels in honor of Father’s Day. We invite you to follow along.