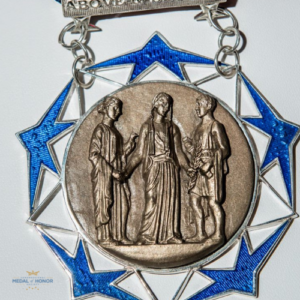 KNOXVILLE, Tenn. – Medal of Honor Recipients spotlighted others’ courage today as part of its Citizen Honors Awards for Valor.

In his remarks to the room of supporters gathered to honor the 2022 awardees, Medal of Honor Recipient and Society President Leroy Petry said, “Medal of Honor Recipients have had their service acknowledged in a very visible way. But we want to be sure that everyone remembers and sees that there are inspiring acts of service, sacrifice and heroism happening every day all over our country.”

Today’s honorees include teenagers who saved a woman from drowning, an off-duty firefighter who rescued an individual from a car wreck engulfed in flames, and a man who jumped off a bridge to save a toddler thrown from a car accident into the water below.

The awards were presented by Medal of Honor Recipients Brian Thacker, Patrick Brady, and Sammy Davis and took place during the Society’s annual convention week, which is taking place in Knoxville, Tennessee. Nearly half of the 65 living Medal of Honor Recipients were in attendance.
A panel assembled by the Congressional Medal of Honor Society considers all nominations and selects national finalists. Then, a second panel made up exclusively of Medal of Honor Recipients, Americans whose actions have truly defined the words “courage” and “selfless service” – selects individuals and organizations from those finalists to receive the Citizen Honors Awards.

Medal of Honor Recipients selected Joseph Diener and Dominic Viet of Columbia, Missouri as a 2022 Citizen Honors Award Honoree for their singular act of heroism on June 25, 2021, when they saved a woman from drowning in flash flooding. Joseph and Dominic entered the fast-moving water without hesitation and swam to the woman who was clinging to the top of a post. Without regard to their own safety, they swam with the woman to safety. Their selfless action that day reflects great credit on themselves, their families and the state of Missouri.

Medal of Honor Recipients selected Captain Bret Storck of Frisco, Texas, as a 2022 Citizen Honors Award Honoree for his singular act of heroism on September 3, 2021, when he rescued an unconscious crash victim from a burning vehicle while off duty. Without concern for himself, Storck quickly extracted the victim from the fully engulfed car and moved her to safety, saving her life. Captain Storck’s courage reflects great credit upon himself, his family, and the state of Texas.

Medal of Honor Recipients selected Jonathan Bauer of Ocean City, Maryland as a 2022 Citizen Honors Award Honoree for his singular act of heroism on May 2, 2021, when he jumped off a bridge to save a two-year-old child ejected from a vehicle during a multi-vehicle crash. When Bauer and his teenage daughter saw the toddler in the water below, he jumped 30 feet into the water to save her, with no regard for his own safety. Mr. Bauer’s selfless action that day reflects great credit upon himself, his family, and the state of Maryland.

Find video profiles of these and other Citizen Honors Awards honorees here. 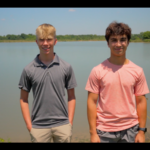 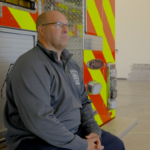 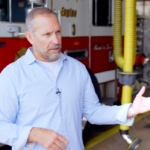 Our Citizen Honors Awards: Recognizing Those Who Serve Others

The Congressional Medal of Honor Society’s mission is to promote the legacy of the Medal and the values it stands for like courage and sacrifice. One way that we carry…