Today in Charleston, South Carolina, Medal of Honor Recipient Leroy Petry highlighted the legacy of service that has existed in our c 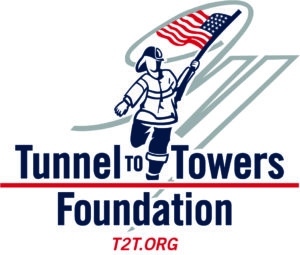 During a ceremony in the Southern city, home to the Recipients’ membership organization, the Congressional Medal of Honor Society, and the Medal of Honor Museum, Petry shined a spotlight on the Staten Island, New York–based non-profit organization, Tunnel to Towers. This honor came as part of the organization’s 15th annual Citizen Honors Awards.

Commenting on this legacy of service, Petry said, “All Americans, no matter what their age or background, have a role in making our country great… And we started to see firefighters and police officers and all first responders in a whole new light.”

He added, “Tunnel to Towers Foundation was, of course, born directly out of the heroism and sacrifice of … a New York City Firefighter, and it now helps to make the lives of others better.”

Founded by Frank Siller, the nonprofit was created in response to a single act of bravery of his brother, Stephen. “Our foundation started because of what my brother did over twenty years ago,” Siller says. “He was a NYC firefighter, and he had just finished his night tour in Brooklyn when he heard on his radio that the Twin Towers were hit. He got his gear and drove to the mouth of the Brooklyn Battery Tunnel, where he abandoned his truck, put 60 pounds of fire gear on his back, and ran through the tunnel to the South Tower. While saving others, he gave up his life.”

In the wake of this devastating loss, Siller and his family immediately got to work. “We said to each other, let’s start a foundation,” he says. “By December of 2001, we were up and running.” The Tunnel to Towers mission is centered on an annual 5K in New York City that retraces the late Steven Siller’s footsteps from the Battery Tunnel to the World Trade Center. “The very first run was in 2002, we had 1500 participants. 21 years later, we have more than 30,000 participants,” says Jeanna Dellaragione, the foundation’s executive vice president. “It’s an example of hope, resilience, and camaraderie.”

Beyond the run, Tunnel to Towers funnels fundraising money into various life-changing support programs. “Our first major program is the Smart Home Program,” says chief administrative officer Mary Siller Scullin. “We give mortgage-free homes to catastrophically injured veterans. We give them back their independence, because these are all adapted for their needs.” In addition, Tunnels to Towers provides mortgage-free homes to the families of fallen service members and first responders and is currently developing a new initiative to offer housing to homeless veterans.

With each initiative, Tunnel to Towers looks for ways to improve the lives of those who have sacrificed for their country. “‘While we have time, let us do good,’” says Dellaragione. “That’s our mantra—to do good for our military heroes and our first responders.” It’s a guiding principle that makes this award all the more meaningful. “For us to be recognized by this organization that truly understands sacrifice, we are truly honored,” says Siller. “As a foundation and as a family.”

To learn more about Tunnel to Towers, visit t2t.org.

Launched in 2007, the Citizen Honors Awards program reflects the mission of Medal of Honor Recipients show that they values associated with the Medal of Honor are relevant to all Americans. The tradition is also in keeping with the preference of Recipients to shine a light on others rather than themselves as they believe that the Medals of Honor they were awarded should be seen more broadly as a symbol of the sacrifices and service of others.

Citizen Honors Awards Honoree: Michael Ahern In 2019, a nine-year-old boy from Plainville, Connecticut, brought an unusual request to his parents. He asked if he could forgo birthday presents and…