October is Italian American Heritage Month so we bring you stories of Medal of Honor Recipients who either immigrated from Italy or whose parents or grandparents did. For those who survived war, heroics in battle were not the extent of their contributions to our country and communities. And those who were awarded the Medal of Honor posthumously after losing their lives in service to our country have left a legacy that continues to inspire people today.

Louis Di Cesnola led a daring charge in the Civil War and went on to be the Director of the Metropolitan Museum of Art in New York City, New York.

He immigrated to the United States just before the American Civil War. In 1861, he was commissioned into the 11th New York Cavalry Regiment and was promoted to Colonel in 1862. The promotion came with a transfer to the 4th New York Cavalry.

Just before the battle at Aldie, Virginia, in June 1863, DiCesnola was placed under arrest for undermining his superior officer. Though under detention at the Union camp, he watched his unit begin to give way to Confederate forces. Unarmed, Di Cesnola rallied his men and led them through a charge, reversing the battlefield loss and reinvigorating his troops.

Brigadier General Kilpatrick was in command of the 4th New York and gave his sword to Di Cesnola so he could continue the fight. Di Cesnola’s fight at Aldie only ended when he was taken prisoner by an overwhelming enemy force. He was held for nine months at the Confederate Libby Prisoner of War Camp in Richmond.

After the war, Di Cesnola gained U.S. citizenship and was appointed the U.S. Consul at Larnaca, Cyprus, from 1865 to 1876. When not fulfilling his official duties, he led archaeological excavations around Kourion, Cyprus, with the help of his brother. The digs uncovered more than 35,000 pieces of art, coins, jewelry, and pottery, and tools, dating from the Bronze Age to the Roman era.

The massive collection later found its way to the Metropolitan Museum of Art. Di Cesnola was elected as the first Director of the museum shortly after his return to the U.S. and served in that capacity until his death in 1904.

Di Cesnola’s funeral was attended by the Italian Ambassador, the Board of Directors of the Metropolitan Museum, and a veritable who’s-who of New York City society.

Before he died in 1897, Di Cesnola was awarded the Medal of Honor for his bravery during the battle at Aldie, becoming the first Italian American to do so.

Michael Valente was presented the Medal of Honor by President Herbert Hoover in 1929, 11 years after his valorous actions during World War I.

In 1913, just prior to the War, he immigrated to the United States from Italy and lived in Ogdensburg, New York, where he worked as a fireman for the Rutland Railroad. He joined Company D, 1st Infantry New York National Guard in June 1916.

When the U.S. actively joined World War I, Private Valente’s unit became the 107th U.S. Infantry, 27th Division, and was shipped out to Europe in May 1918. In September, the unit was near Ronssoy, France, along the storied Hindenburg Line, a well-fortified line of German defense, fortified with heavy trenches, barbed wire and machine gun nests.

With another soldier, Valente took down two of those machine gun nests that had pinned down his company by charging directly through the deadly fire. In an interview shortly after his Medal of Honor award was announced, Valente sad he “couldn’t stand seeing his best friends getting killed … it didn’t seem so brave putting an end to those machine guns.” (‘Man to Get Medal of Honor 11 Years After Heroic Deed,’ The Brooklyn Daily Times, Brooklyn, NY, 29 September 1929, page 21)

Valente’s overseas service was brief. He returned to the United States the day after Christmas in 1918. He was honorably discharged in March the next year. He then became a naturalized U.S. citizen in 1919 and took to real estate development and home building on Long Island, New York. He later served his adopted hometown for 20 years as City Marshal and Court Clerk.

In 1929, his Medal of Honor was presented to him by President Herbert Hoover, 11 years after his valorous act. Long Beach, New York, remembers him every September 29 with Michael Valente Day and dedicated the bridge in and off the island to his memory in 2011.

His grandson, Ralph Madalena, says that Michael Valente “raised me as his own child after my father passed away when I was a baby. He had already raised three grown children after World War I and had no obligation to guide my life after the Second World War. But as was his distinctive makeup, he stepped in, and I could not have embraced a better man to be my father. I always just saw Grandpa and it wasn’t until I was older that I came to understand how loving, kind, nurturing, generous, and courageous he was.”

Major Ralph Cheli, of the U.S. Army Air Corps, crashed his flaming B-25 into the sea after a successful bombing raid rather than break formation and parachute to safety.

Cheli’s father, Alfred, was an Italian immigrant; his mother, Julia, was the daughter of Italian immigrants. He was born in California in 1919, but he relocated as a teenager to New York City, New York, with his mother. As a young man, he attended Lehigh University in Bethlehem, Pennsylvania, before joining up with the Air Corps in 1940.

During his fortieth combat mission on August 18, 1943, which targeted a South-Pacific Japanese airfield known as the Dagua Airdrome in New Guinea, his plane took concentrated fire from Japanese defenders and burst into flames.  Rather than break formation to safely eject, Cheli chose to continue the mission. His actions kept the flying formation intact and resulted in a successful bombing of the airfield.

Another pilot flying with Cheli said that it “was one of the bravest deeds I have ever seen and was far above and beyond the call of duty.” (‘Medal of Honor Awarded AAF Pilot Who Crashed Rather Than Disrupt Attack’, War Department Press Release, 25 November 1943)

Cheli and few others of his crew were captured by the Japanese following the crash landing. They were being transported in a ship convoy with other prisoners of war to Japan when their ship was sunk by a U.S. Army Air raid. Cheli died on March 6, 1944 and is currently resting in a group grave at Jefferson Barracks National Cemetery, St. Louis, Missouri. He was survived by his mother, his wife, and a two-year-old son.

Captain Reginald Desiderio left behind his wife and two sons to join the fight in Korea. His eldest, Ted, would later salute General Omar Bradley at his father’s posthumous Medal of Honor ceremony.

In November 1950, he used his personal reconnaissance to station his men in locations to defend an American command post. When the enemy attacked, he moved from location to location under heavy fire to inspire and resupply his company. During a last attempt to overrun his company’s position, Desiderio became a one-man Army, charging the enemy with a carbine, rifle, and grenades. He didn’t survive his last charge, but his actions inspired his men to repel the attack and hold the command post.

Desiderio was born in Pennsylvania in 1912.  His mother and paternal grandparents were Italian immigrants. He entered the National Guard from California in 1941, just in time for World War II. Both his sons would later join the armed forces, one in the Army and the other in the Coast Guard.

Father Vincent R. Capodanno was born and buried in Staten Island, New York, but he gave all trying to save the life of a Marine on a battlefield in Vietnam.

His was the youngest of nine children. His father, a ship carpenter who immigrated from Italy, died when he was 10. Ordained in 1958 as a Catholic Priest, Capodanno served more than six years as a missionary in Taiwan before signing up with the U.S. Navy. He extended his originally one-year commitment by six months, wanting to continue to serve Marines.

Capodanno was known for being where his men were, be that on the battlefield or in camp. A Marine officer wrote home that Capodanno “was the greatest priest he ever saw…wherever the Marines are, Father Capodanno is there – in the water or in the mud up to his knees.” (‘Chaplain’s Epitaph: He Was A Marine’, Daily News, New York City, NY, 9 September 1967, page 2)

And he was there, on September 4, 1967, in Quang Tin Province, Vietnam, when the North Vietnamese surrounded a Marine platoon, leaving the company command post to assist the wounded and give last rites despite heavy enemy fire. He refused medical evacuation when a mortar destroyed most of his left arm and hand, and instead directed corpsmen to help other Marines. Capodanno was killed when trying to reach yet another wounded corpsman.

A few days after his death, his sister-in-law was quoted saying, “It was only like anything else he ever did. He was a man who always gave all he had.” (‘Chaplain’s Epitaph’) 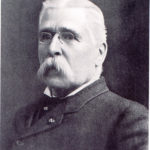 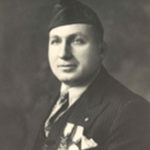 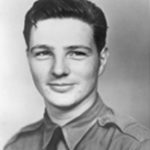 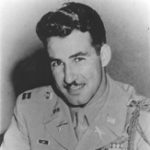 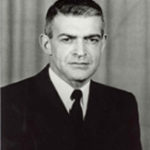 By Laura Jowdy, Archivist & Historical Collections Manager, CMOHS Countless service members of Hispanic or Latino heritage have served in the U.S. Armed Forces, and 59 are known to have…

March is Greek American History Month. By way of commemoration of the contributions Greek-Americans have made to the United States, we invited educator and researcher Kris Cotariu Harper, EdD, to…

By Laura Jowdy, Archivist & Historical Collections Manager, CMOHS May is Jewish-American Heritage Month. In commemoration, we honor William Shemin, whose Distinguished Service Cross was upgraded to the Medal of…

Get to Know Jose Calugas this Filipino-American History Month